I'd been working on this tutorial for a while, and then I deleted all my pictures and had to start over from the beginning! You can't imagine how frustrated I was. But I have some great friends who were willing to loan me some of their diapers to work with....So here is the finished product.

First lets look at the diapers. 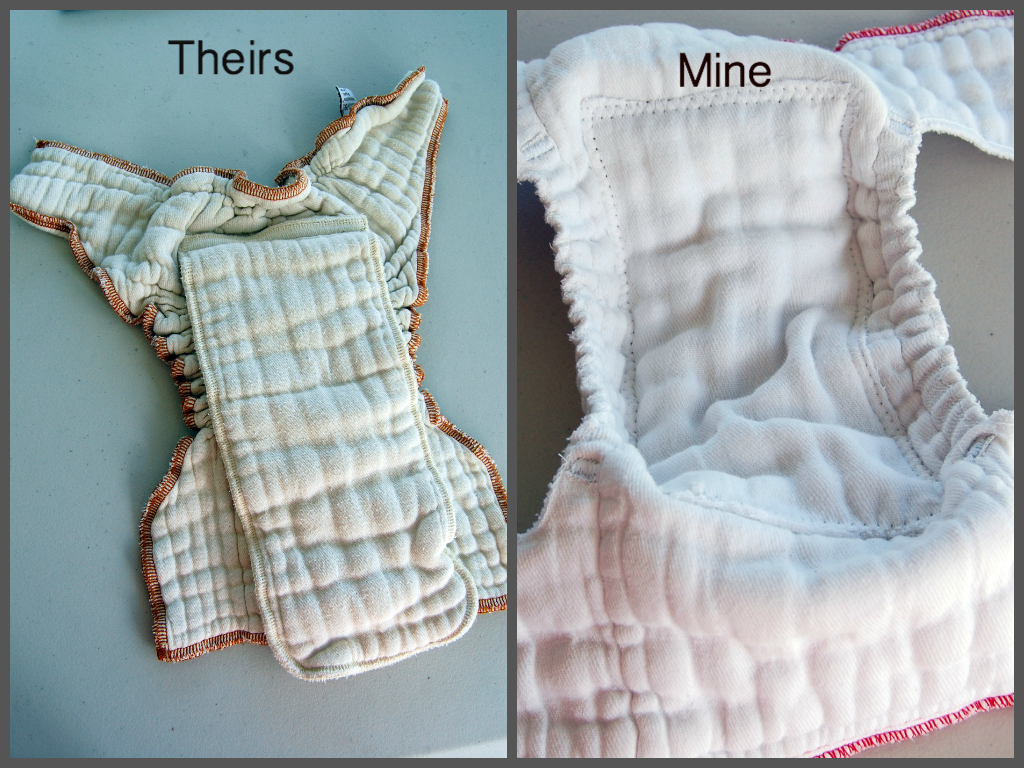 There are are several different types of fitted diapers out there. In this picture above you can see that mine varies a bit from the one on the left. I suspect that the factory made fitted uses fabric from bolts because there is no possible way to get the middle soaker pad as big as that from a traditional prefold. If you have enough prefolds to use half for the middle soaker, that's great! It will add more absorbency and also a faster drying time if you only attach one end to the inside.
In this tutorial, however, I use the cuts from the legs for the absorbent layers in the middle. We're trying to cut costs and just alter what we have to work with so that you have less bulk. 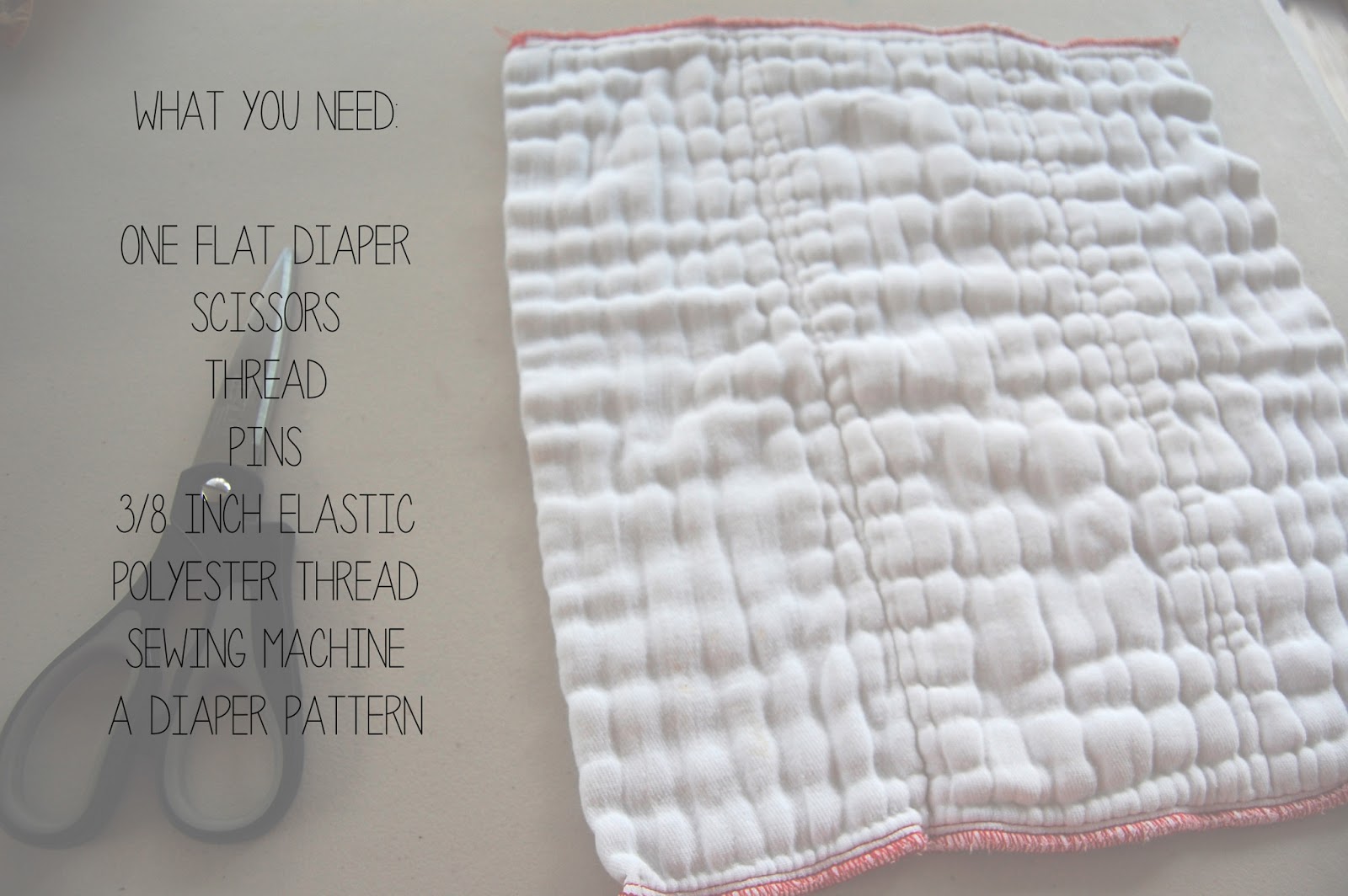 There are lots of free diaper patterns that can be found online to print for free, or you could even use a disposable laid out flat to accomplish the same thing. Basically you want a diaper shape to your diaper when you cut it. I used my pattern as a guide to show just a basic idea of where the legs should start and the wings should stop. 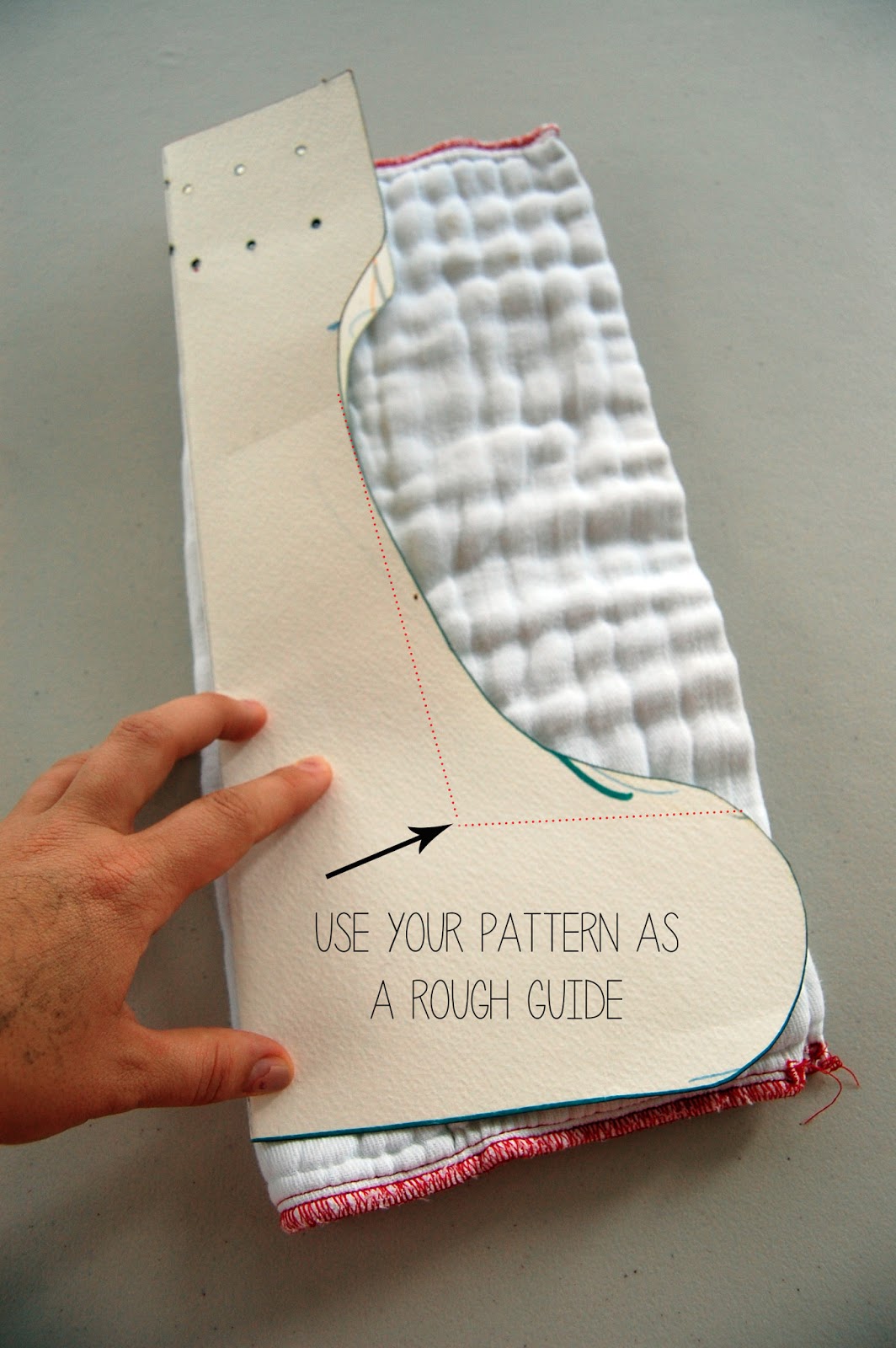 Make a small cut where you want your wings to be. 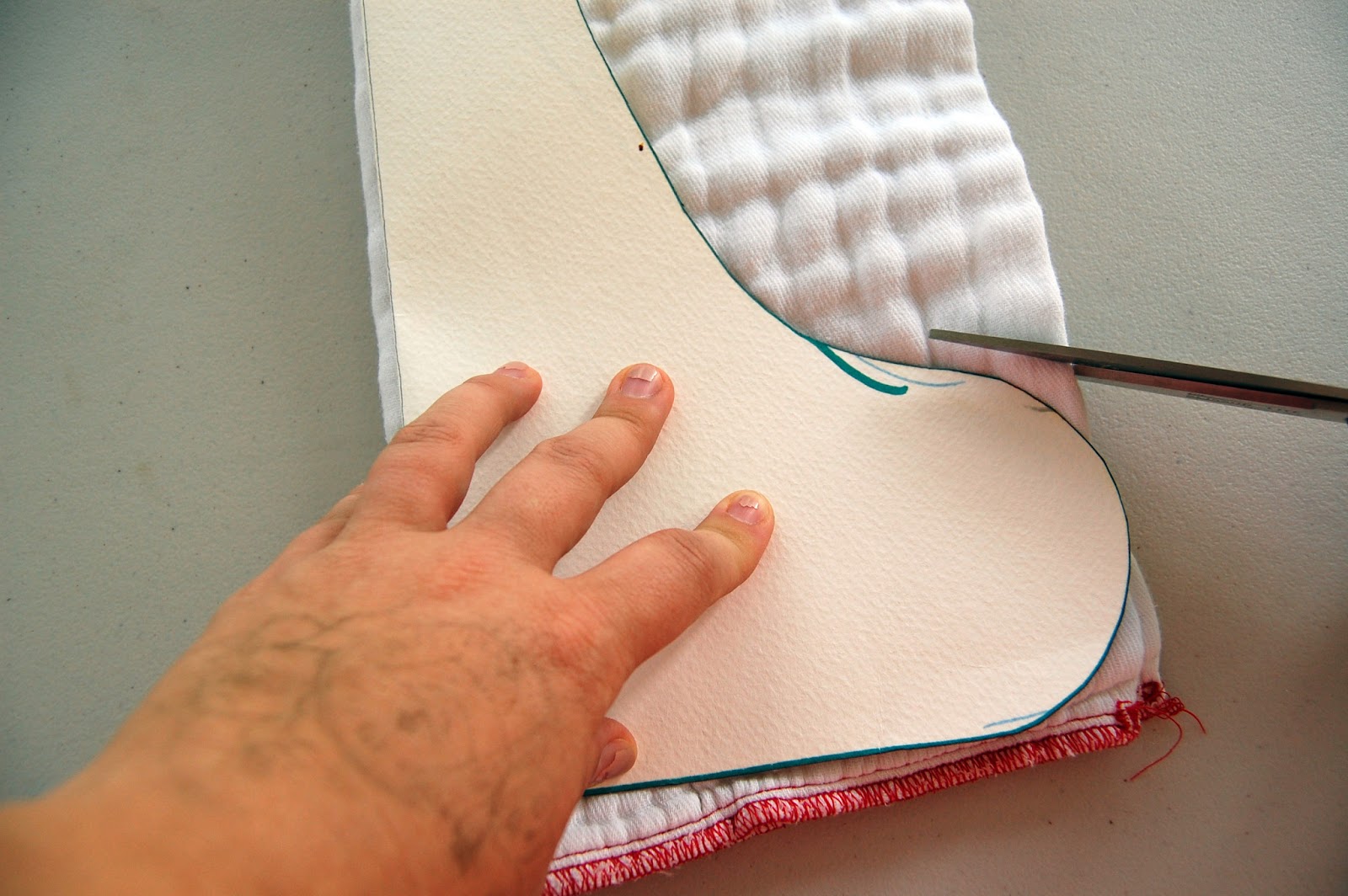 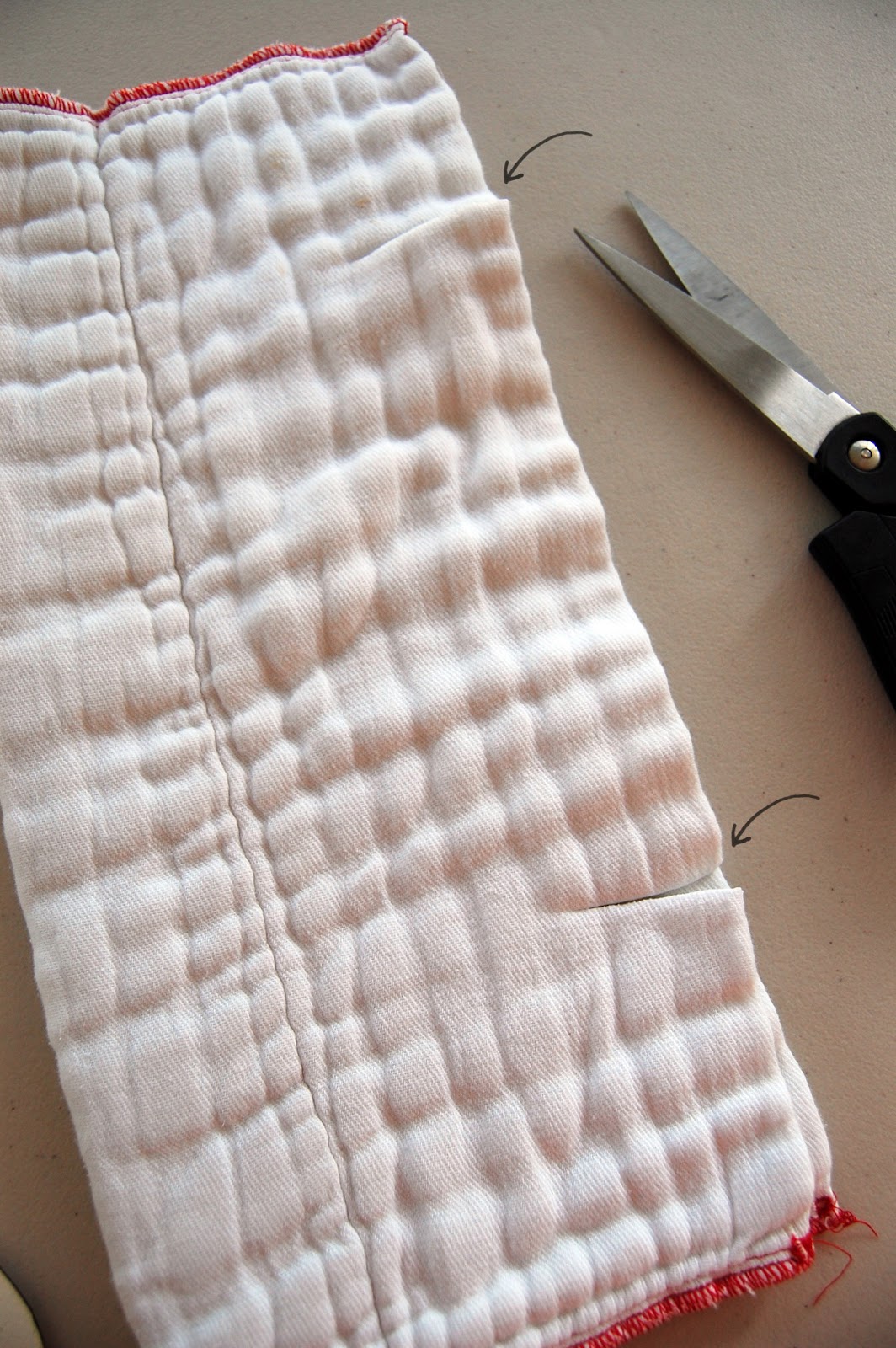 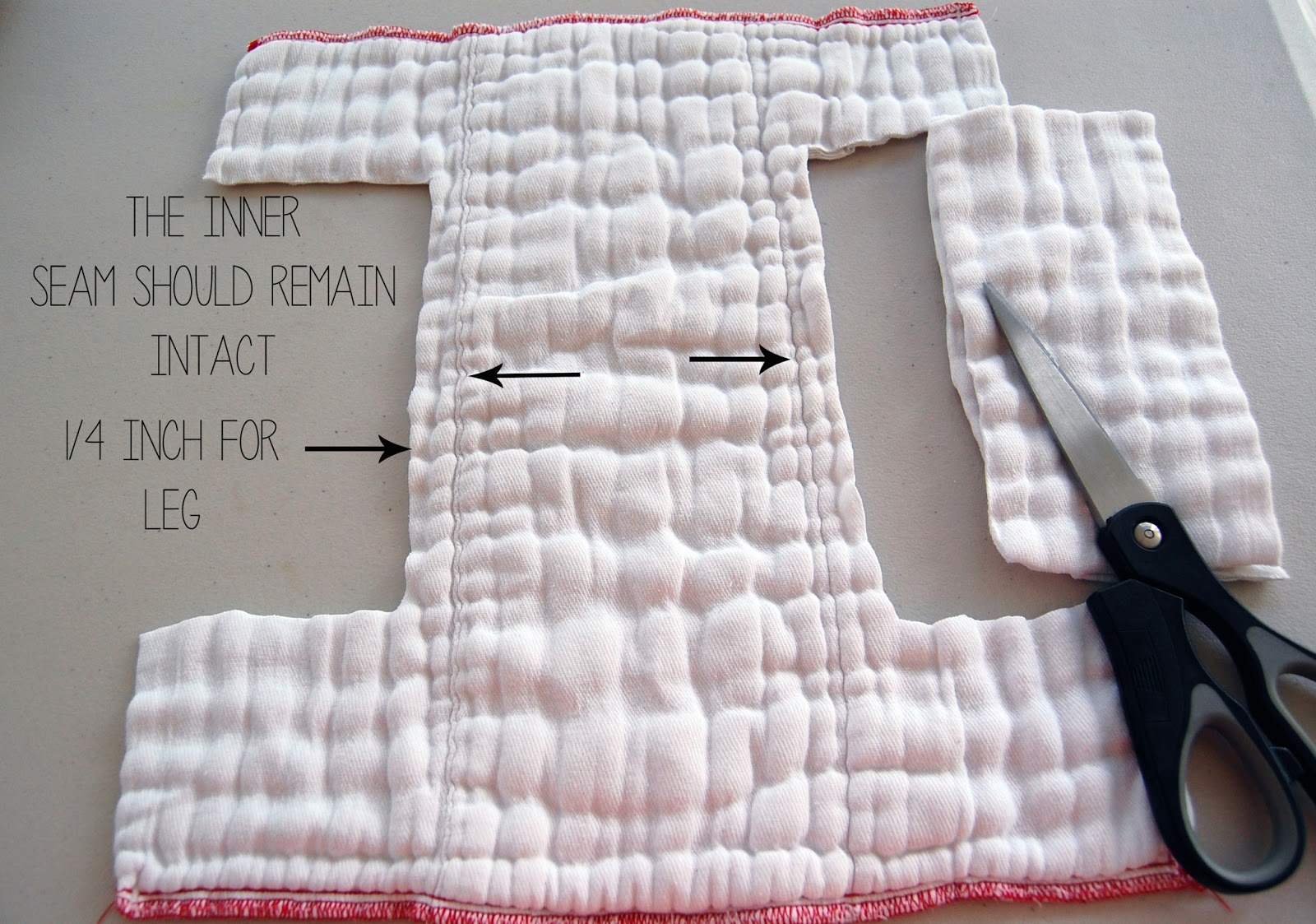 Next, on one side of your diaper you may have noticed when cutting that there were extra layers of fabric the closer you got to the middle seam. You are going to leave two layers of fabric on top and bottom. That means that you will trim out the middle 4 layers. 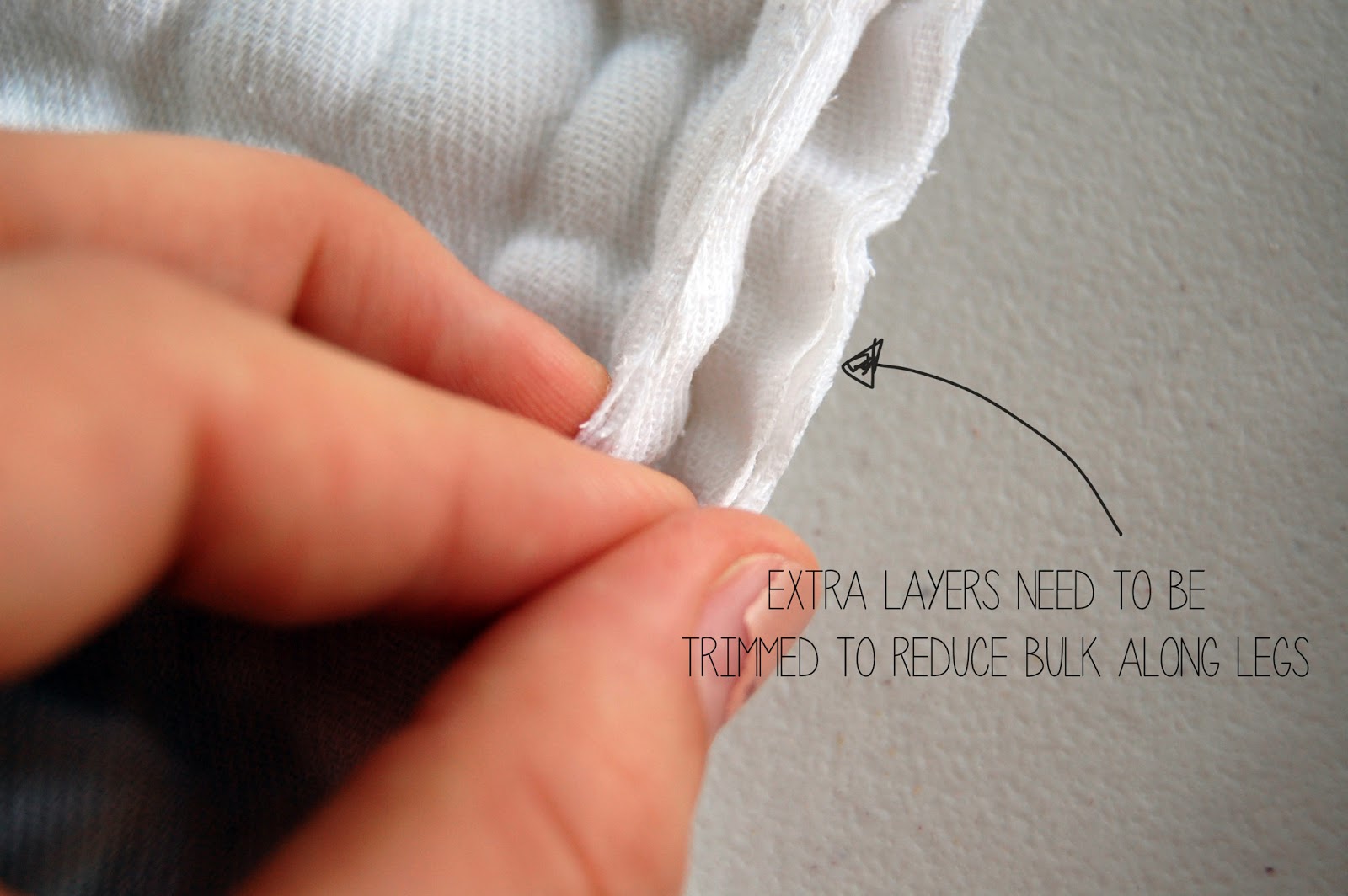 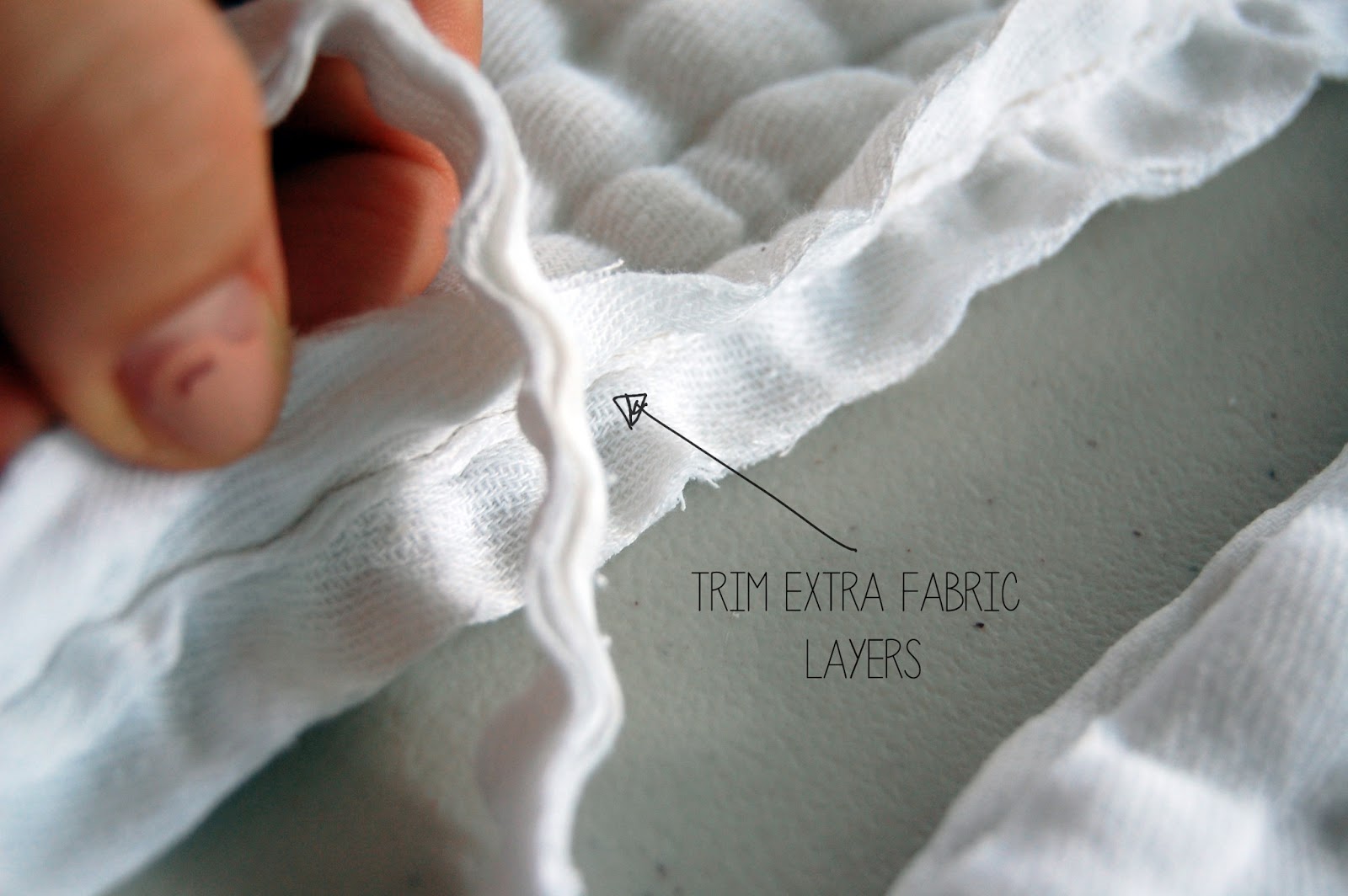 Next I surged the legs/wings. The threads I folded over one side of the wings and tacked them in place, trimming any loose threads. I should add here that if you don't have a serger, it's possible to use a zig-zag stitch all the way around as well. If you are to use the zig-zag, I personally would suggest going over it a few times. I'm paranoid and would want to make certain that the stitching would have a good hold on the fabric. 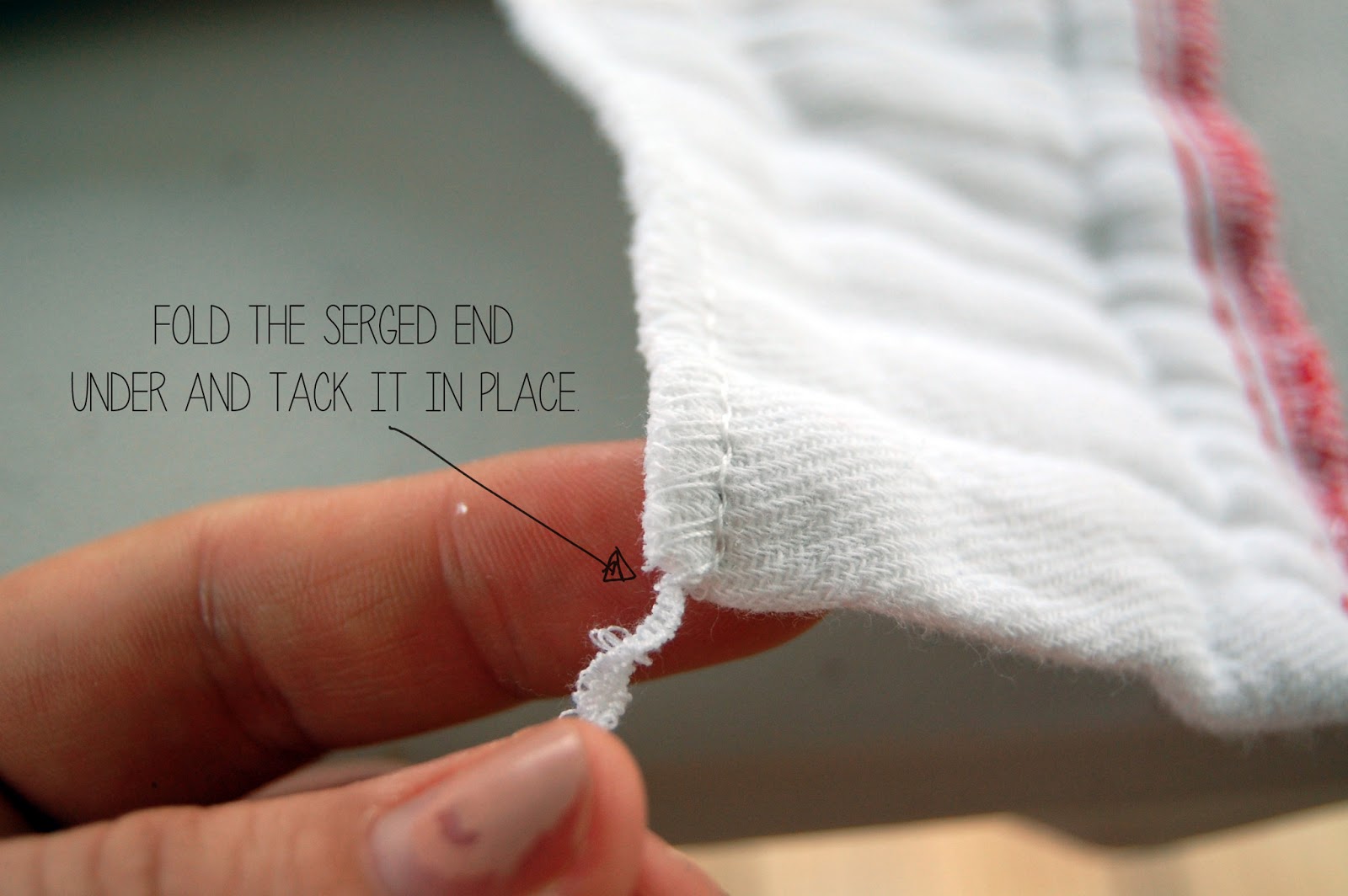 It will look similarly to how the factory serged threads were tacked down. This is just to keep threads from unraveling. 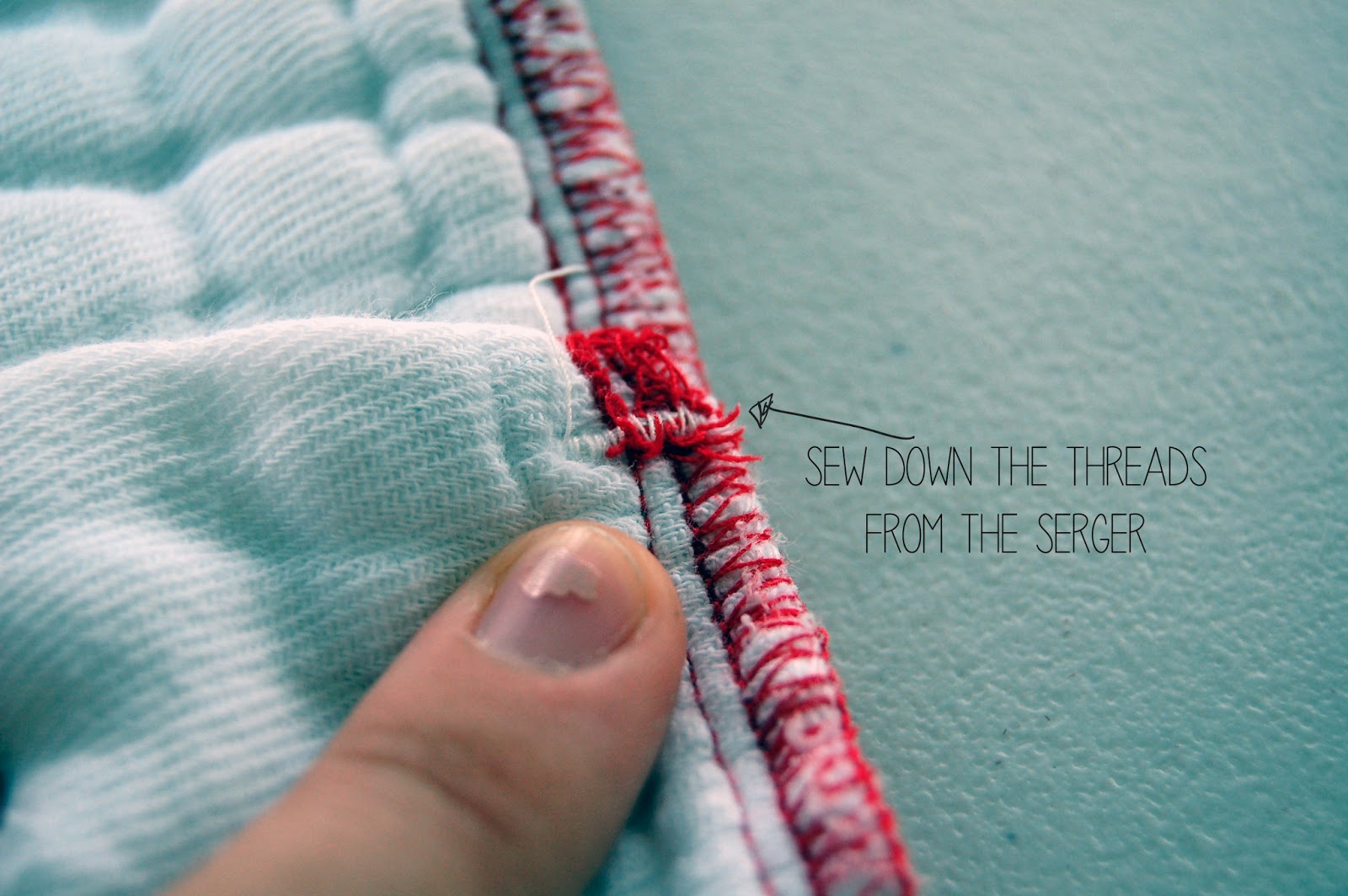 Now we're going to put together the inner soaker layers. From the material you trimmed to make the contoured legs, make a small pad to go down in the middle of your diaper. I trimmed a little to make it a uniform shape. Pin it down to the middle of your diaper. You can also see in this picture below where the serged edges formed a pocket for the elastic to be. We'll get to that after the soaker is sewn down. 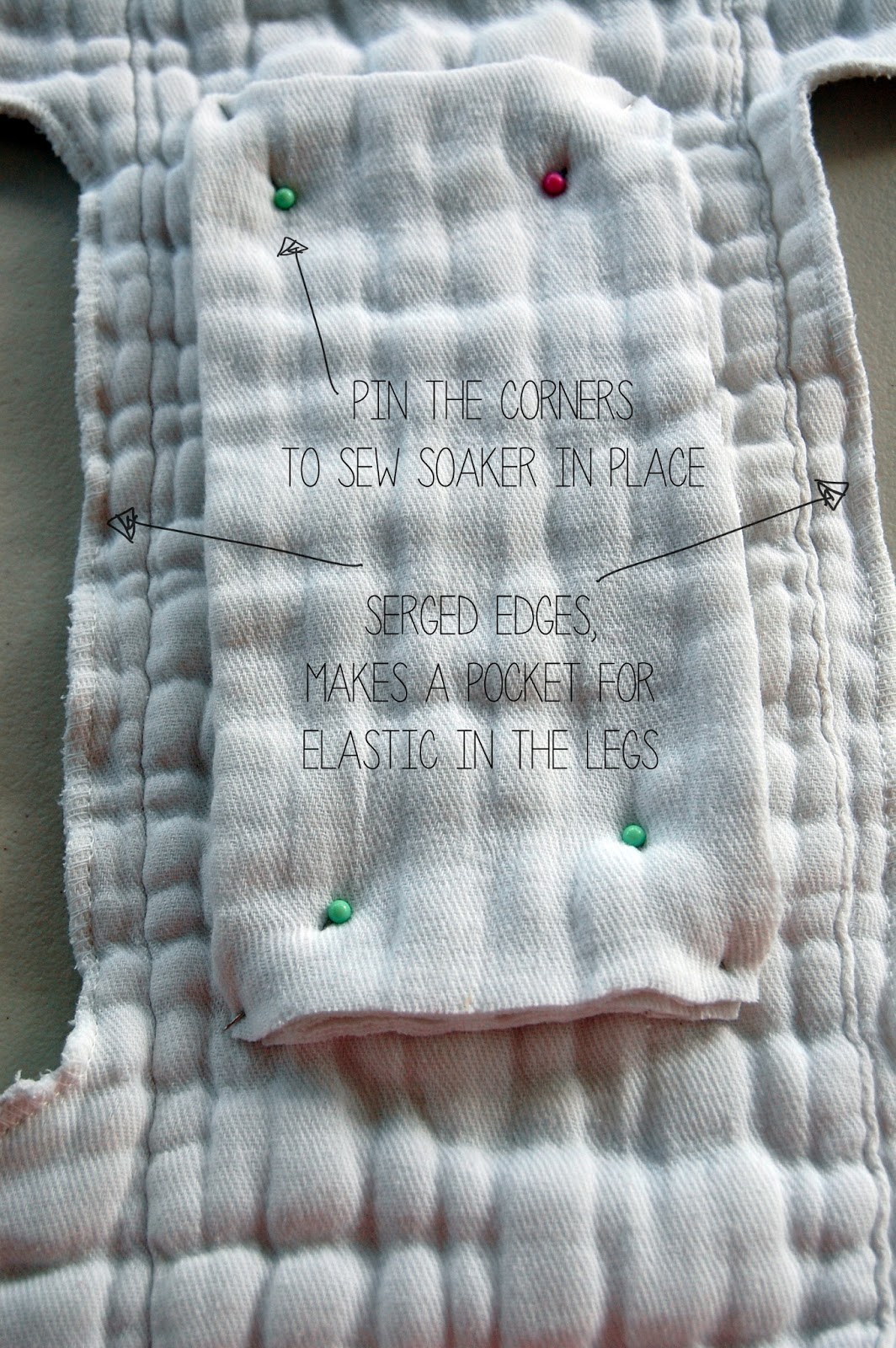 Using a zig-zag stitch sew over the edges of the soaker layers to hold them down and reduce fraying. 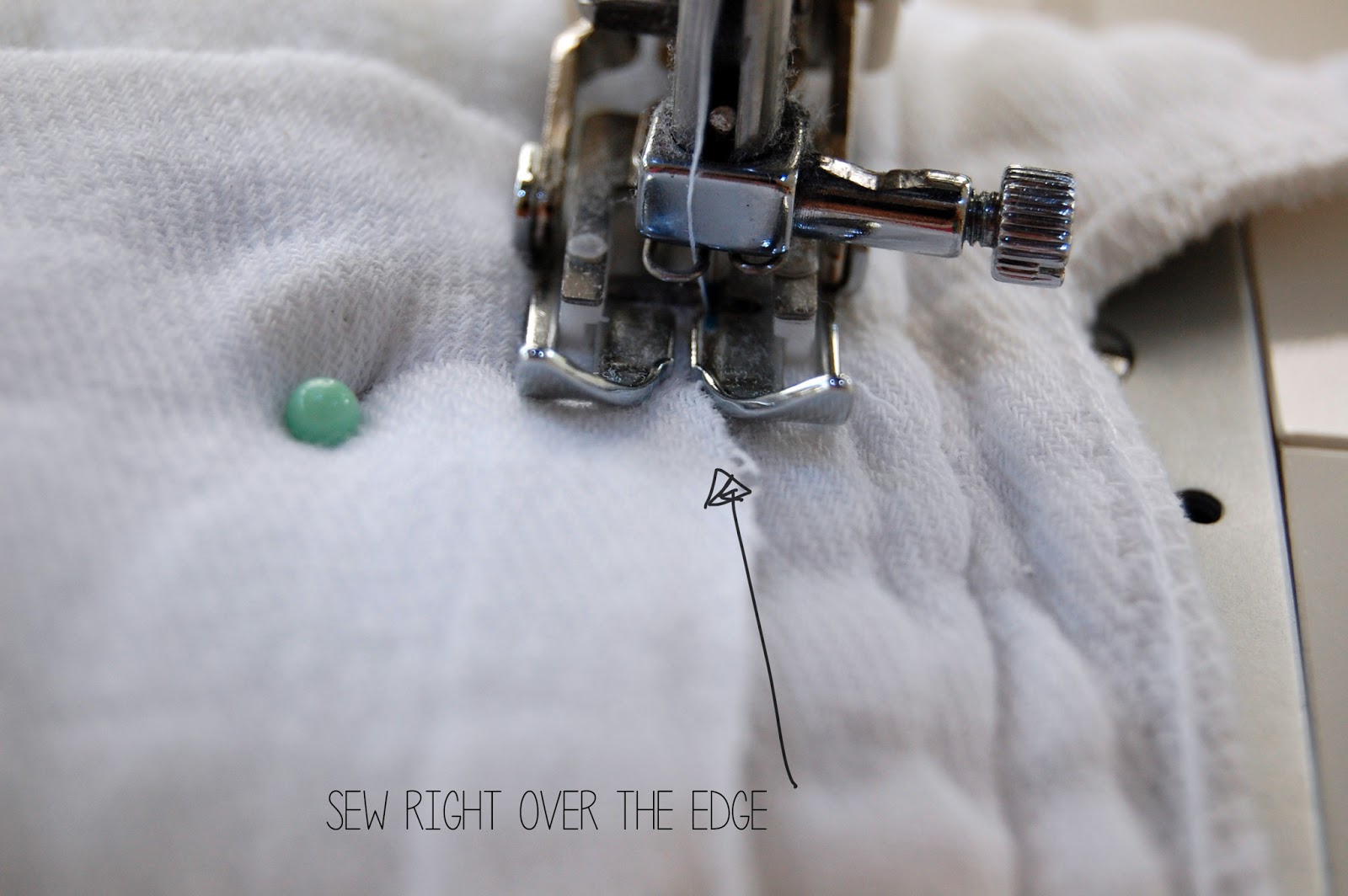 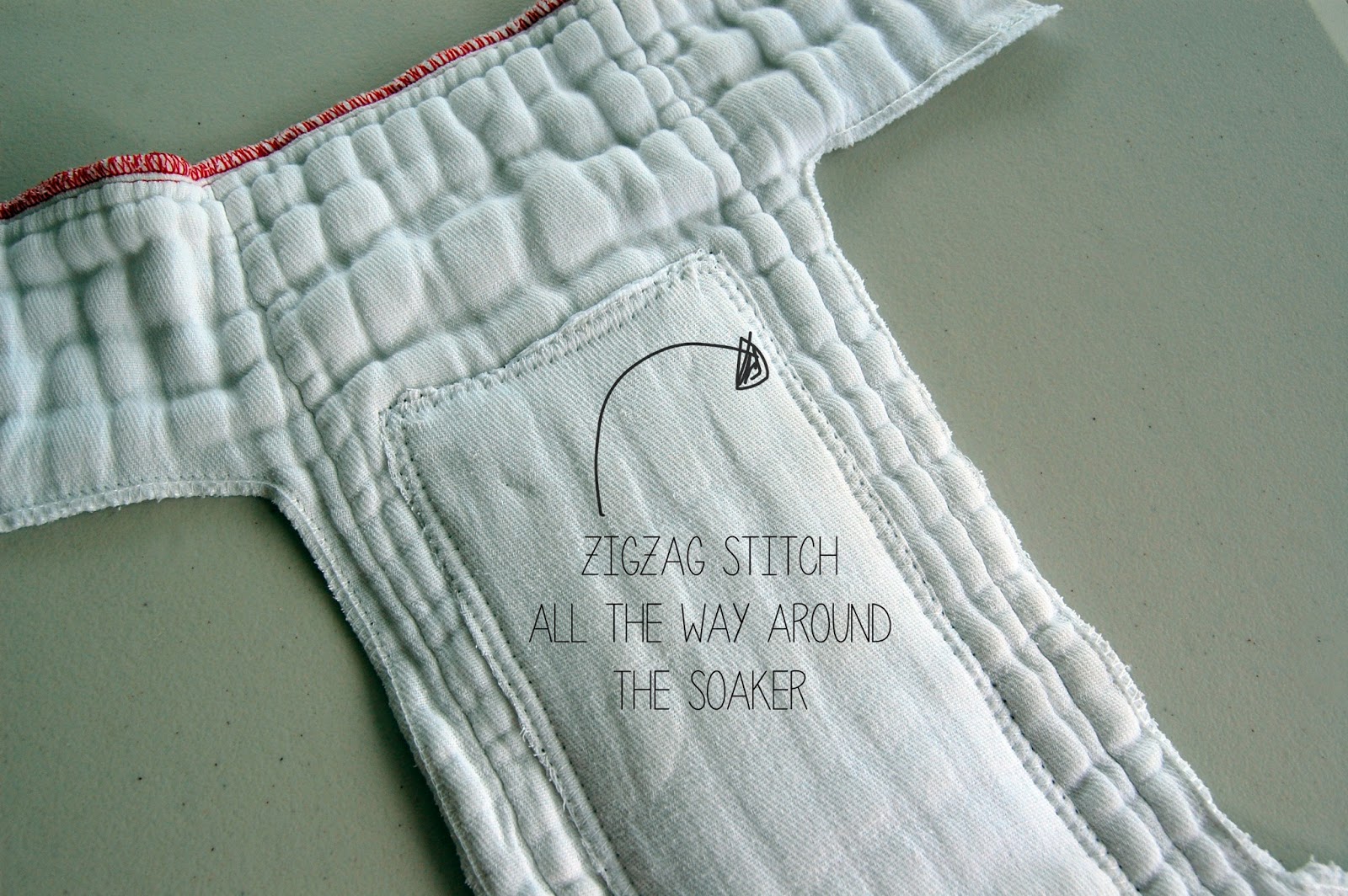 Ok, now the leg elastic! This is the hardest part of the whole thing. And once you've done a few it's not really that difficult.
For this part we are working on the outside of the diaper near the serged edges. You are going to make a small hole using your seam ripper or scissors to insert your elastic. I did this to both ends near each end of the soaker pad, but on the outside edge where you trimmed the inner fabric layers. This is going to form a tube for the elastic to stretch through. 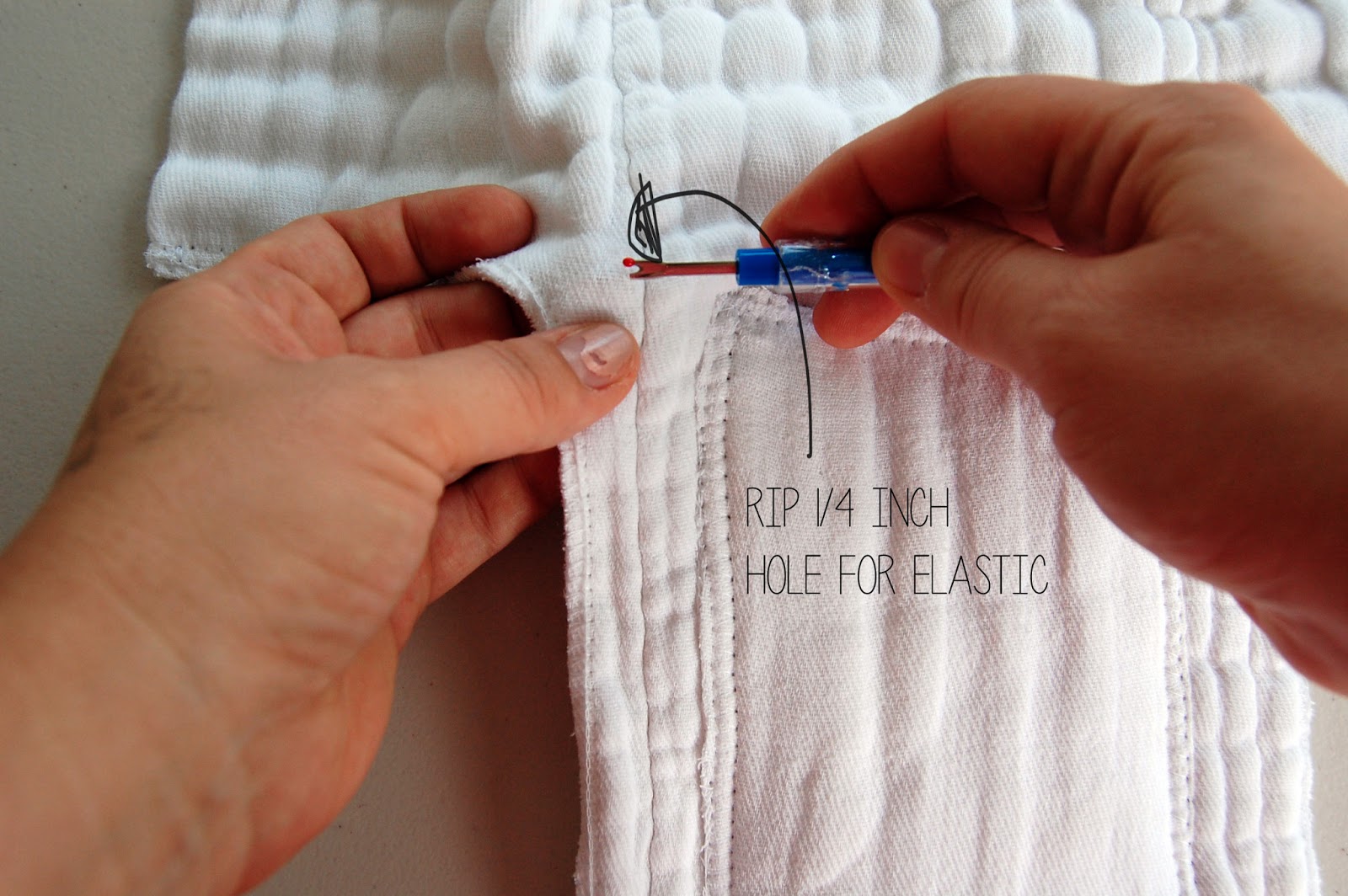 Attach a safety pin to the end of your elastic, (I didn't measure! I used the uncut elastic length and just fed it through. I trimmed after I sewed it down.) 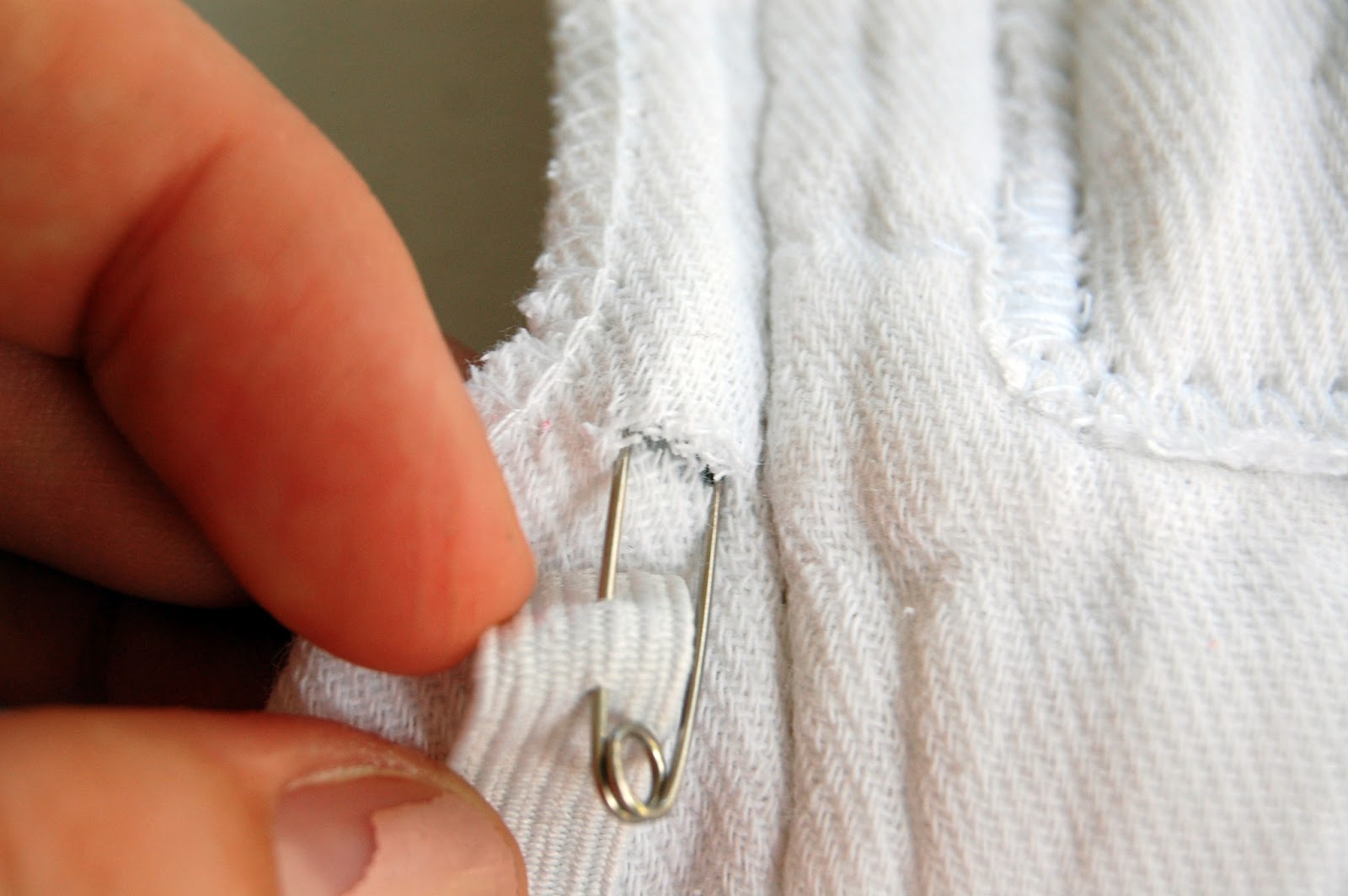 Feed the pin/elastic through the tube until your reach the hole at the other end of the leg. 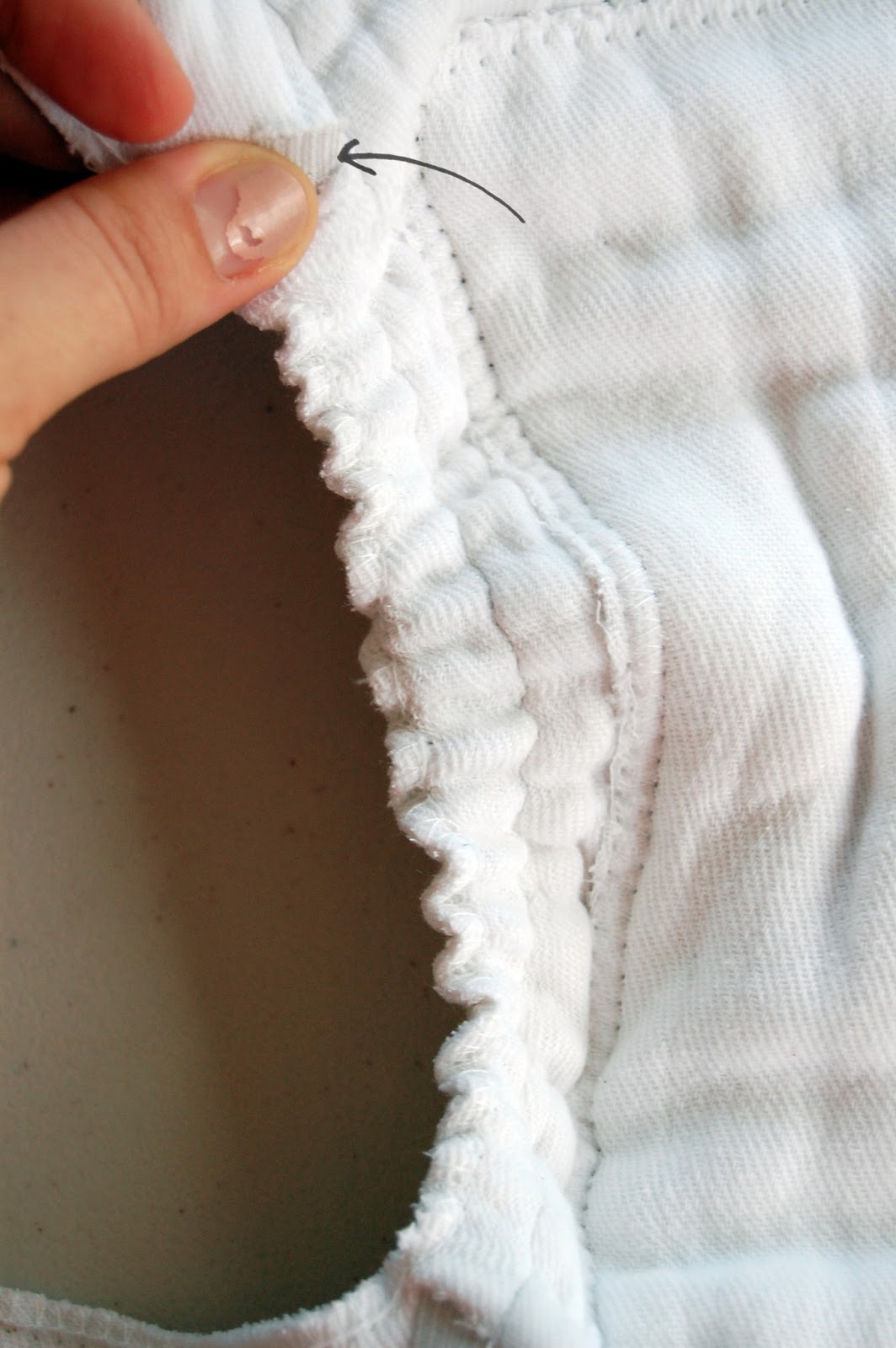 Pin it in place. You are going to sew this end that is pinned down first. Using a zig-zag stitch. 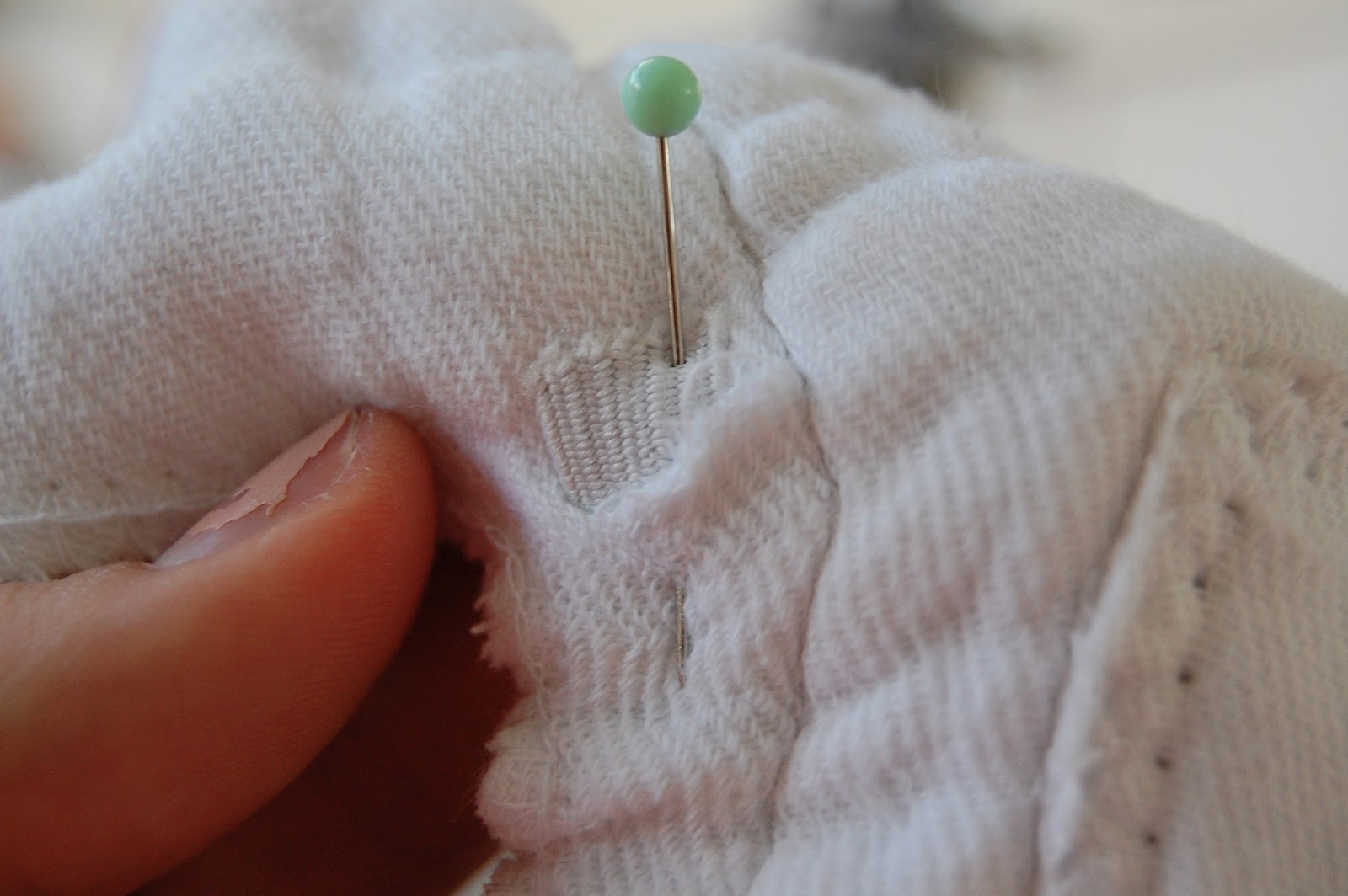 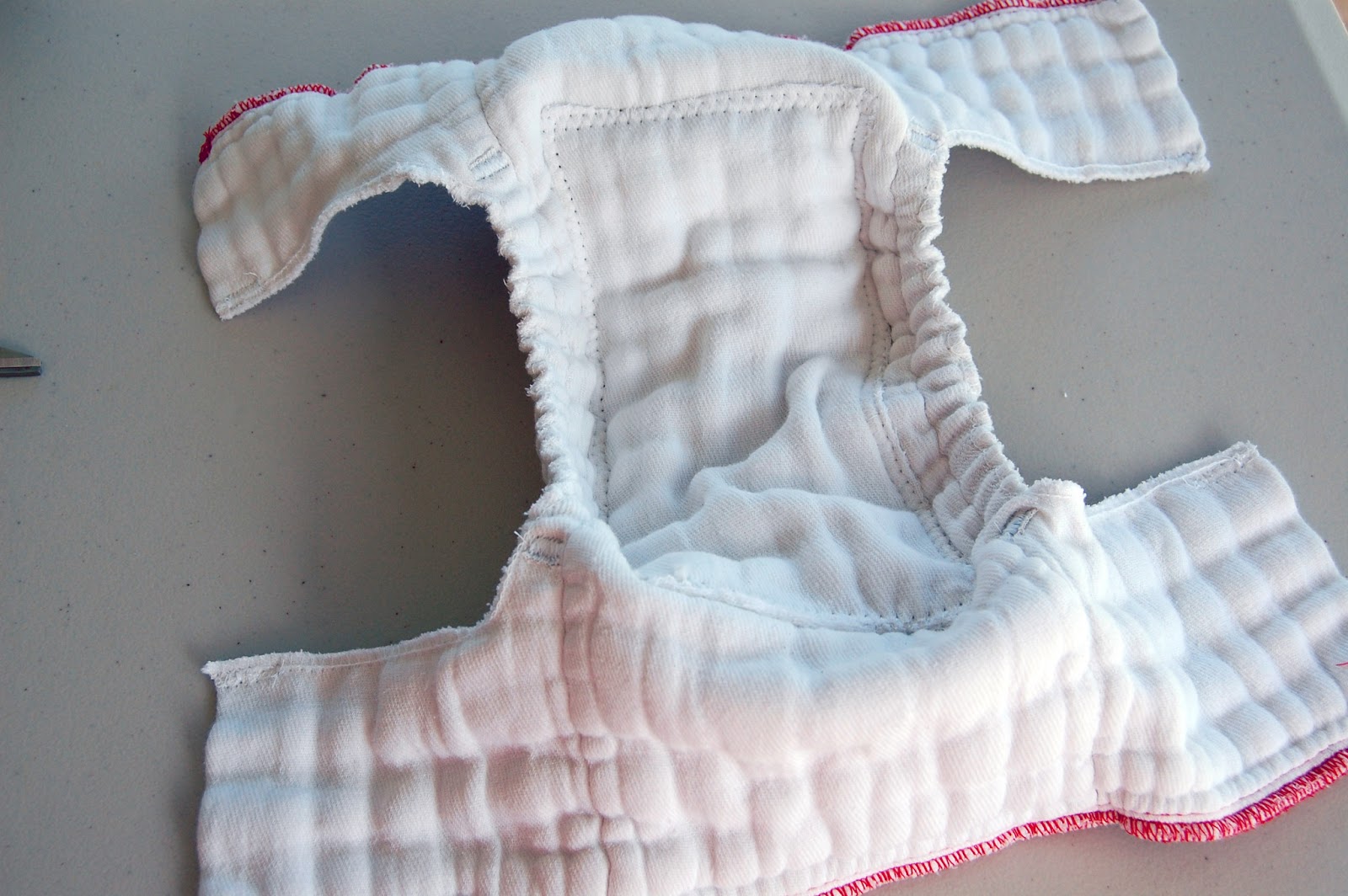 Elastic in the waist is optional. It has it's up sides, and down sides. The elastic in the factory made fitted extends beyond the boundaries of the middle soaker seams. I'm not quite sure how they did that, and I didn't want to take apart my friends lovely diaper. However, it is still possible and fairly easy with the homemade version. In much the same manner that you put elastic in the legs, you will rip/cut some holes along the upper back of the diaper between the two middle seams, insert elastic and sew it in place. 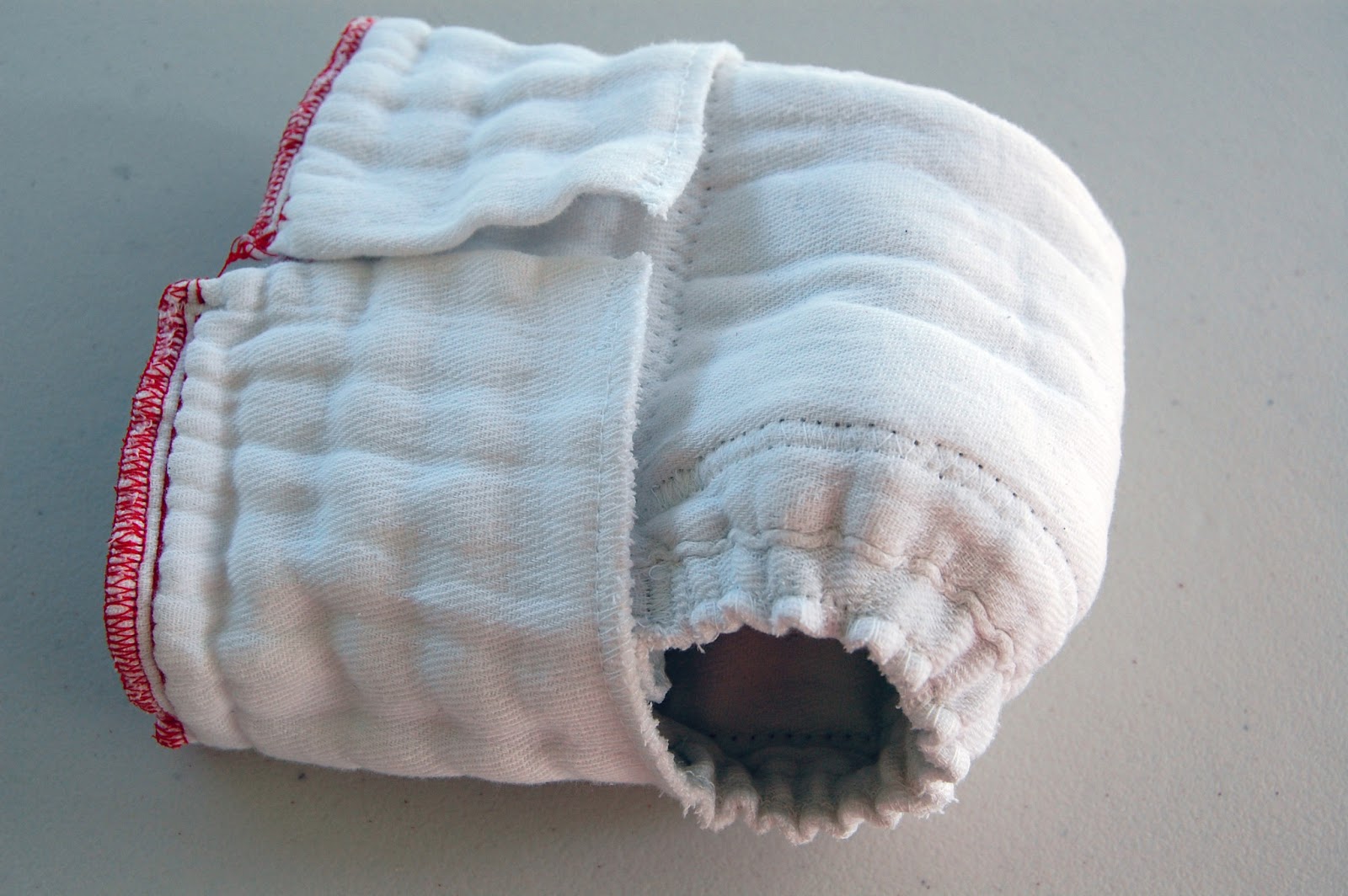 It can be closed with a Snappi, pins, or if you are feeling enthusiastic you could also add snaps.
Have you tried make your prefolds into fitted diapers?

I didn't use prefolds with my kids, but I did make fitted diapers! I'm tempted to borrow a friends baby for the day just to have the experience :)


If you try this out, let me know how it works for you!