Decor for the Sensory Seeker 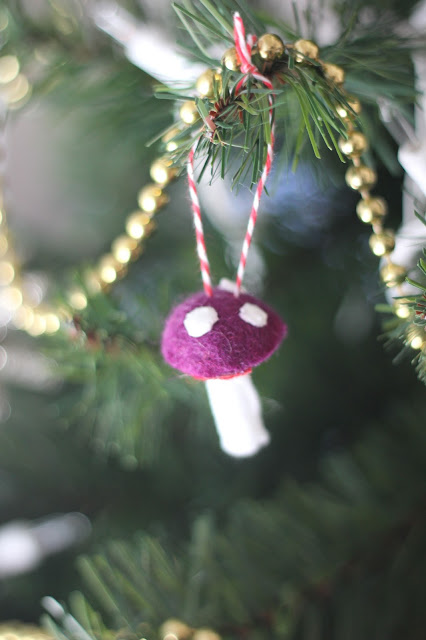 We've arrived at the terrible-two's stage, where my youngest is into everything at every possible moment. I'll be cleaning up a mess she's just made, while she's now somewhere else making another mess or climbing something. It's the age! Curiosity and all that good stuff. However, she is also very much a sensory seeker. She looks out for things to climb on, get into, and EAT. I won't go into the details of the eating issues that we've encountered, just use your imagination.

I tried to figure out a strategy to address the Christmas tree and ornaments, but in the end I decided we're just going to put it up and everyone will need to be on point with keeping her from eating the lights, (she keeps trying!), and the small bits of tree greenery that she'll no-doubt yank off. 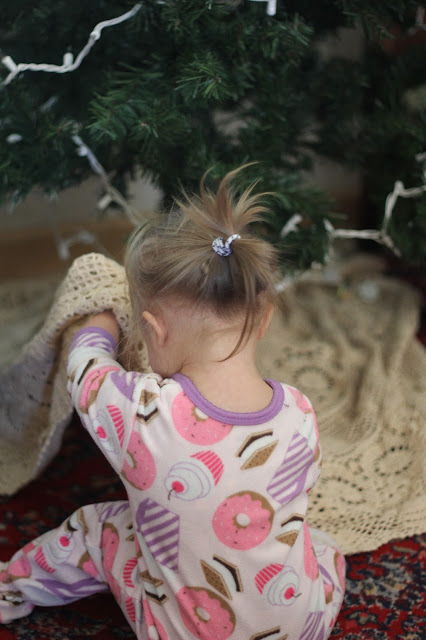 The ornaments could be fairly easy to address: nothing glass, paper, or breakable that we may not notice. So that narrows it down a lot! I put a string of beads on, but it's pretty sturdy and one long string that is wrapped around the entire tree. So if she tries to eat it, or yanks it off the tree...well the whole tree will tip over and it'll be pretty easy to address. The ornaments are a bit more tricky. The thing I didn't want to happen was for her to eat something that was harmful, so for now the non-fabric-type decorations are all plastic. We have very few though, and the tree was looking bare so I thought making some might be fun. Nothing too fancy, or too "nice". I'd hate for one of the kids to grow an attachment to one that might not make it to next year!
I figured felt was easy and safe for the little one. These mushrooms are super easy. And we've already discovered that, even though she has tried mouthing the felt decorations, she doesn't like the texture at all. (Who wants fuzz in their mouth?!) But, they are easy and cute! 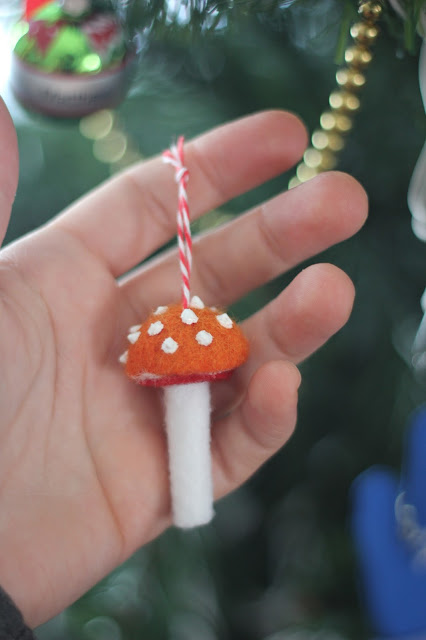 I hung them, and she seemed interested for only a few moments before moving on to playing fort with the tree skirt. 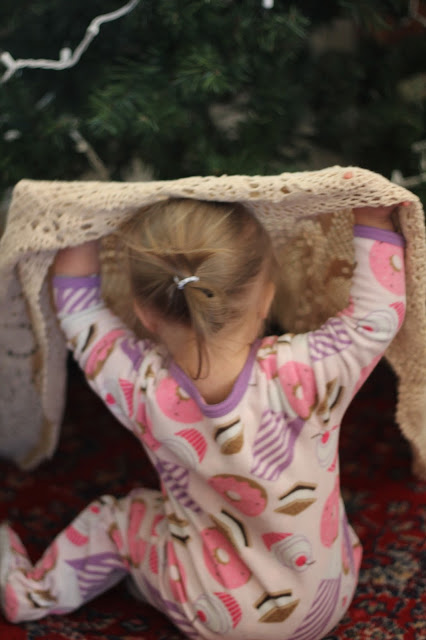 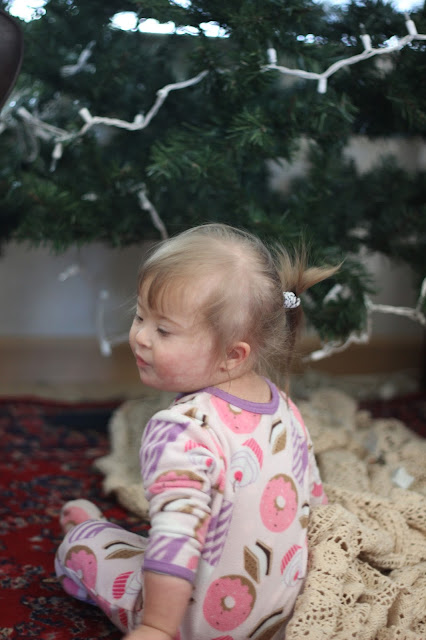 Inevitably, having a toddler in the house is going to end up with messes, and trees falling over and decorations pulled off the tree. But if I can make it safer, at least that will put my mind at ease a little bit! 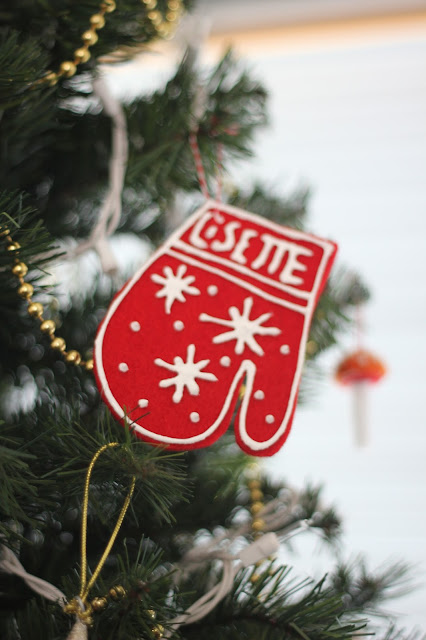 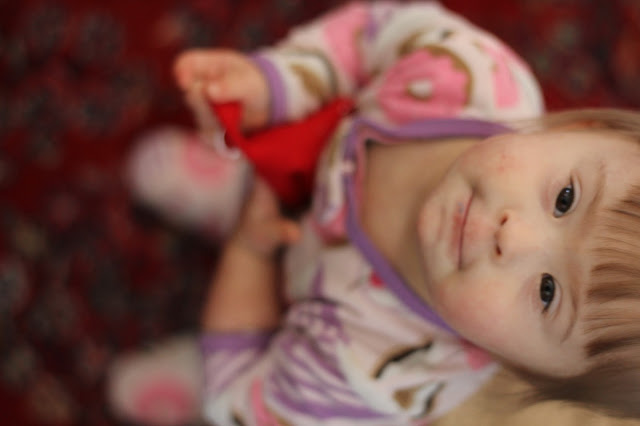 To see how I made the cute mushroom decorations, watch the following video! They are super quick and easy. You could make a super cute "woodland" themed tree with them too by adding in some animals.