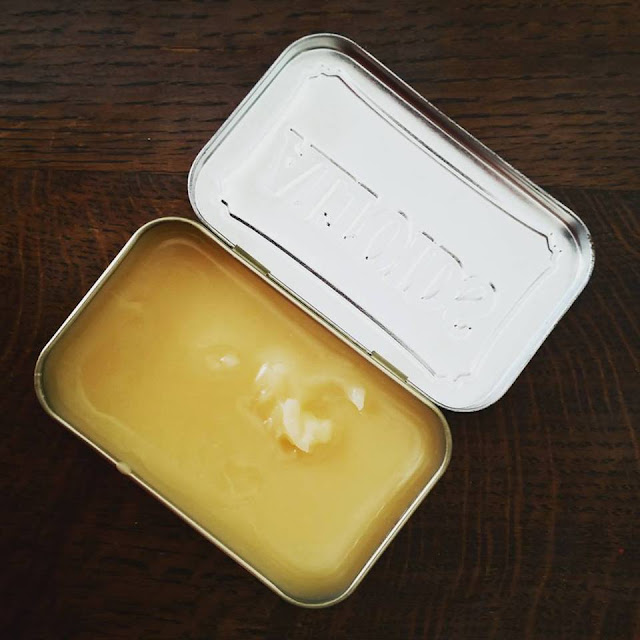 For a Beard, that is. The trend is beards, don't you know. My siblings are all bearded. Well, except my sister, who happens to be delightfully smooth-faced. (I love you sister.) My brother Ben sports a serious mountain-man beard in this other-worldly shade of Auburn. It's quite the magical beard. 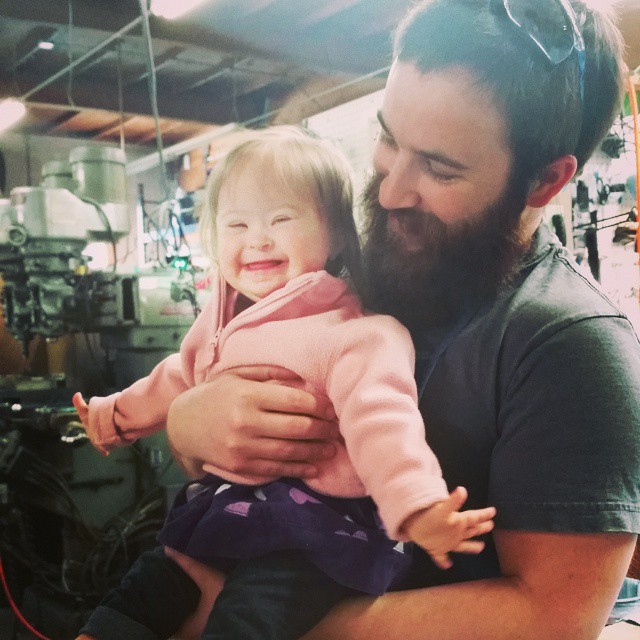 Anyway, he happened to mention the other day about wanting to make some mustache wax because, honestly, buying a tiny 1 oz tin of wax for $12 is pretty...expensive. I'll agree with him in that making your own, in the long run, will be more economical. And the perk is that you can make it to the consistency that you like, and the aroma that you prefer.
I happened to have on hand some Essential Oils, and other ingredients that I had previously used to make some other lotion type concoctions. I love a good experiment. Alas, I had no recipe, but I did look up some tutorials. About 20 different tutorials to be exact. In the end, I used a little bit of this and a little bit of that and guesstimated for the rest. 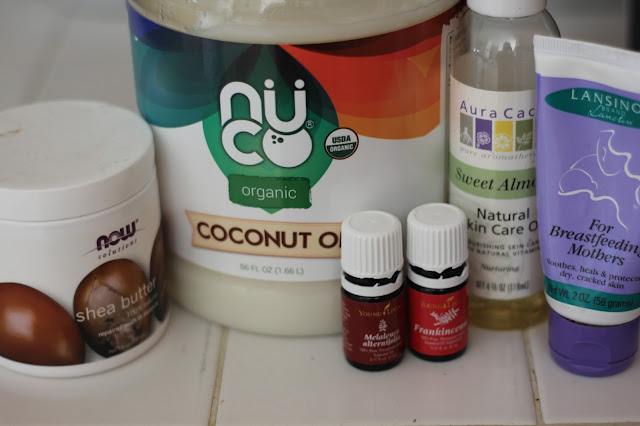 In the picture, I have Melaluca, but I didn't end up using it. I was thinking to myself, "What would I want to be smelling all day?" It wasn't Melaluca oil. I switched it out for some Lavender. Also a few of the recipes, called for only 2 tsp of beeswax. My brother mentioned wanting his wax to be more thick to hold his mustache in place better throughout the day. When all is said and done, I think I had close to 1/4 cup of grated wax. 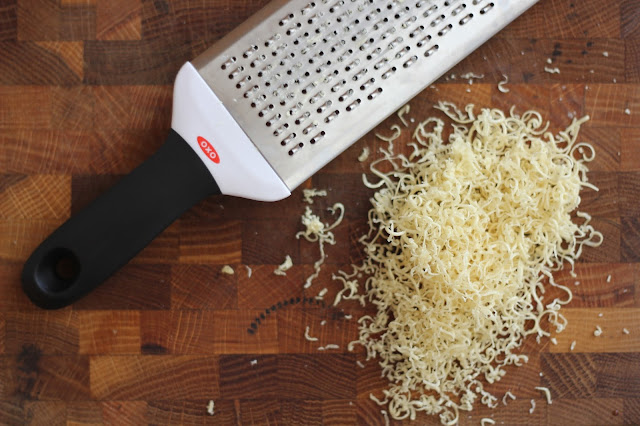 After I grated the wax, I put it and some Sweet Almond Oil, about 2 tsp of Shea Butter, and 1/2 tsp of Lanolin in a jar. (I skipped the coconut oil!) I melted it in the microwave on 30 second intervals until it was completely melted. In between I stirred the mixture with a plastic spoon. When it was completely clear and not one little bit of wax pieces were left, I added my Essential Oils. This part is hard to guess on. I only added three drops of oil. My brother tells me that he smelled the actual wax and other ingredients more than he smelled the oils. So I would play with that a little bit. Definitely er on the side of caution. You can't undo the amount you add, so use it sparingly until you know what your man-friend will like under his nose all day. You can always remelt it down and add more. 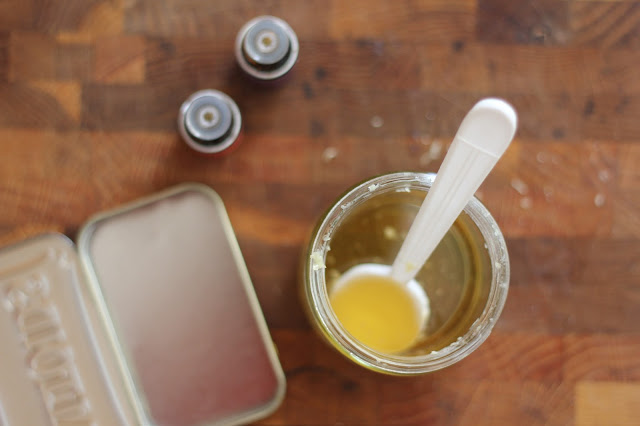 Gently stir in your essential oils. You have to do this fairly quickly as the wax and oils will start to cool quickly. I should mention, have some paper towels and an oven mitt nearby. For one, the jar gets hot in the microwave, and two, messes happen. 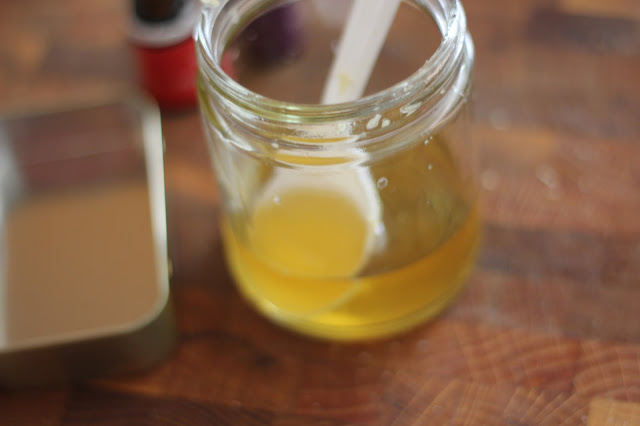 You can see in the picture below that the mixture was starting to cool pretty quickly as I was pouring it. I filled a cleaned Altoids tin about halfway. This should last....forever. Or close to it! My brother tells me that you don't need much to keep your 'stache under control. 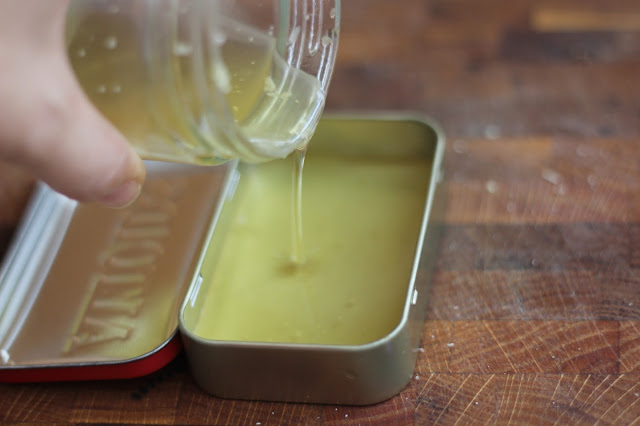 The other day I picked up some Cedar Atlas EO and I'm going to add a few drops of that, along with some more Frankincense to his tin of balm to make it more manly smelling for him. We'll see how he likes the scent after that! Wish me luck ;)