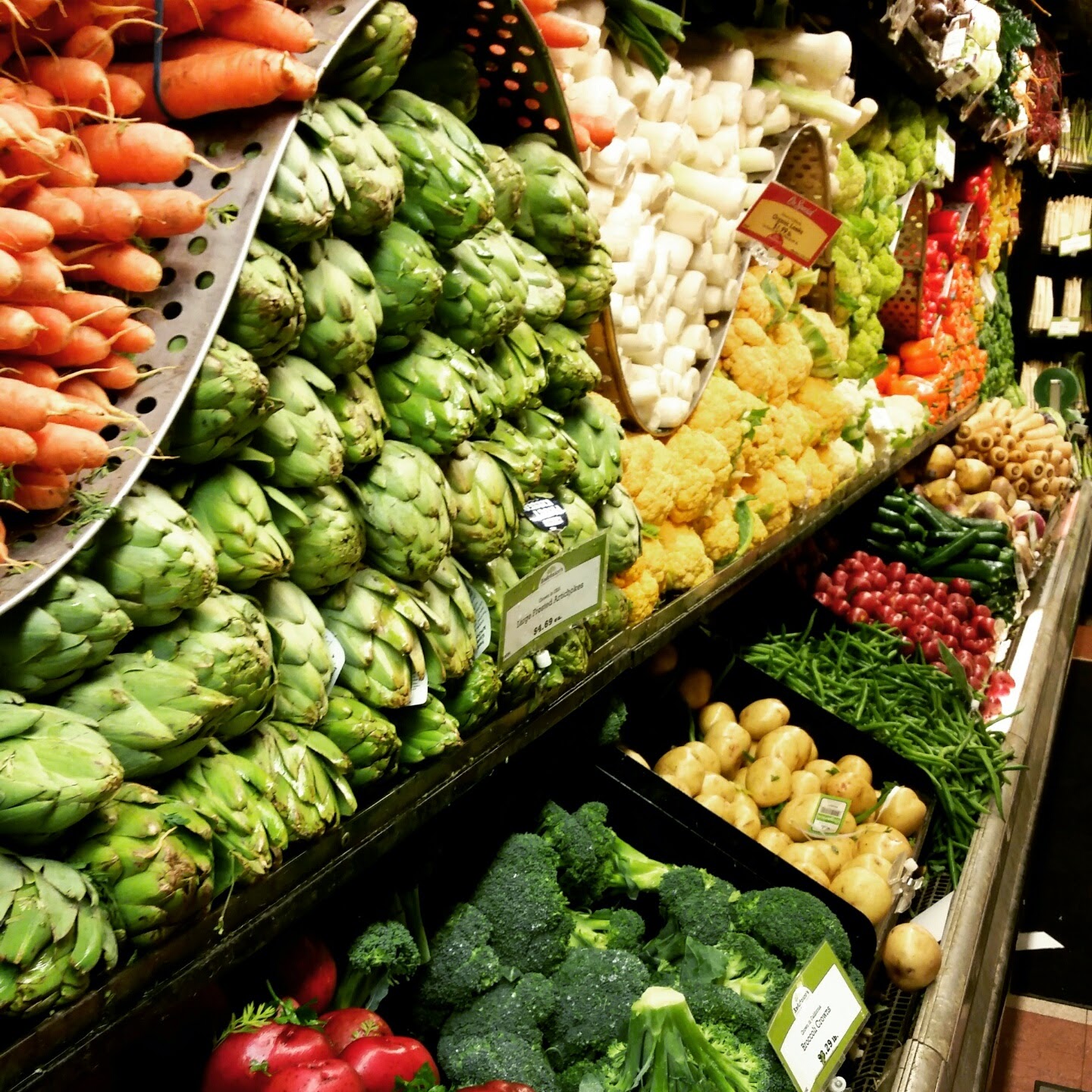 Moving from the East Coast to the West Coast has been a food-lovers adventure. When I moved to North Carolina 6 years ago, I was struck by a couple of things. Firstly, the military moved us to, seemingly, the middle of nowhere. And secondly, there was a point at which I had to look around within the grocery stores and say to myself, "Okay, this is what I have to work with. Let's do this." It was an adventure in creativity and challenged my cooking skills to the max. I was working with some produce I was unfamiliar with.  There was a limited variety and definite cultural differences. When you are in middle school and learning all the different states, unless you are well traveled, you won't realize that yes, you can get culture shock even here within the United States. No, you can't bike yourself to a grocery market and pick up some specialty items. In essence, I learned what Southern Food was and started to cook it out of necessity. On occasions when I would venture us out of town, we would head to a Whole Foods or Trader Joe's and pick up something I was more familiar with. But for the most part things were kept simple.

So you can only imagine my awe when I walked into Andronico's in San Francisco. The smorgasbord of fresh produce that met me at the door was enough for me to hear angels singing. Actually, I think it was the cash register dinging, but you get the idea. The deli was delightful. The wine selection had me tipsy just at the sight of it. It would be a lie to say that I eat the same everywhere I go. No, as Morgan Freeman stated in The Prince of Thieves, "God loves wondrous variety." And so does this girl. And as my mother has been known to say, "Variety is the spice of life." Indeed, I too love variety. 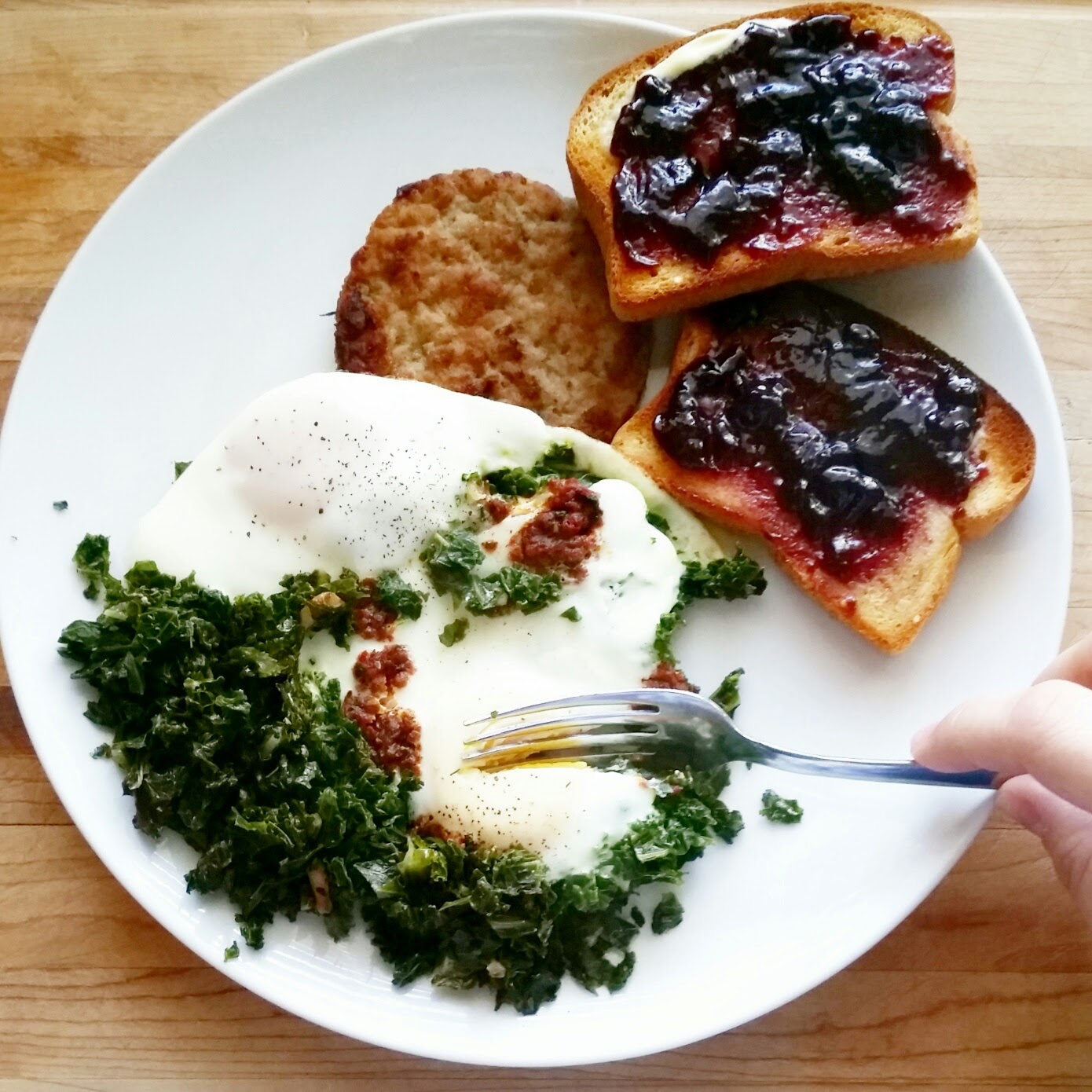 Admittedly, San Francisco and the surrounding area is very much a melting pot of culture and sophistication. A variety of foods, restaurants, culture and entertainment is easy to come by around every corner. ( I smiled when I saw the Vietnamese Seventh Day Adventist church on a corner. Ah, diversity!) This area lends itself well to wonderful opportunities to enjoy new and different. It also tends to be easier to come by those things that are staples in my gluten free and non dairy lifestyle. In North Carolina I would have to search out those sections of the store only to find the selection limited. Whereas so far in California, the ease with which I have been able to shop has been much easier. What would be considered "specialty" is mixed amidst the mainstream name brands like they belong! Thank you, grocery god's.

My taste buds are delighted with their new-found freedom. 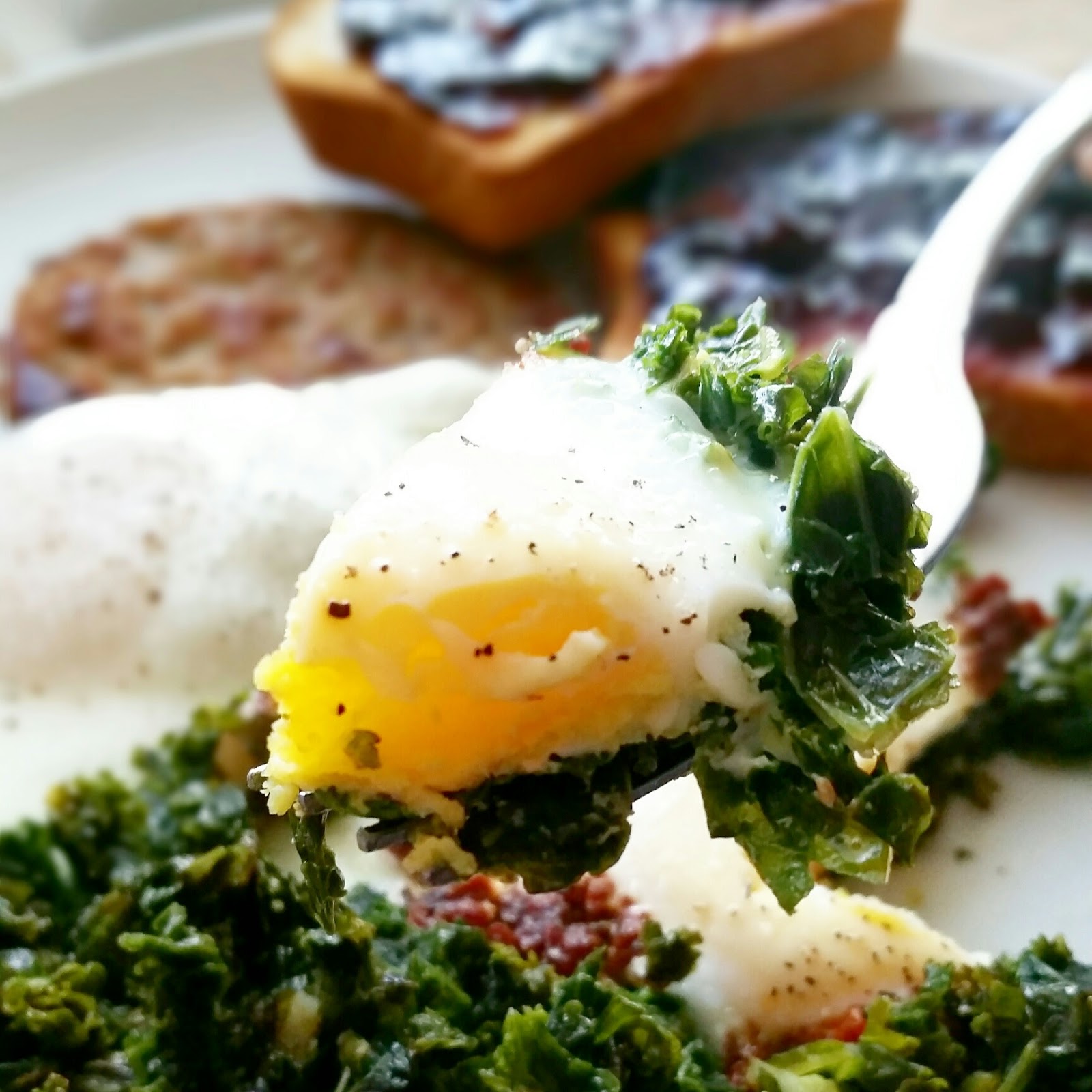 Pictures from my breakfast the other day.  Eggs on a bed of sauteed Kale with roasted garlic with tomato pesto. And gluten free toast.

Do you have a favorite place to shop? I'm open to finding new places to traverse.