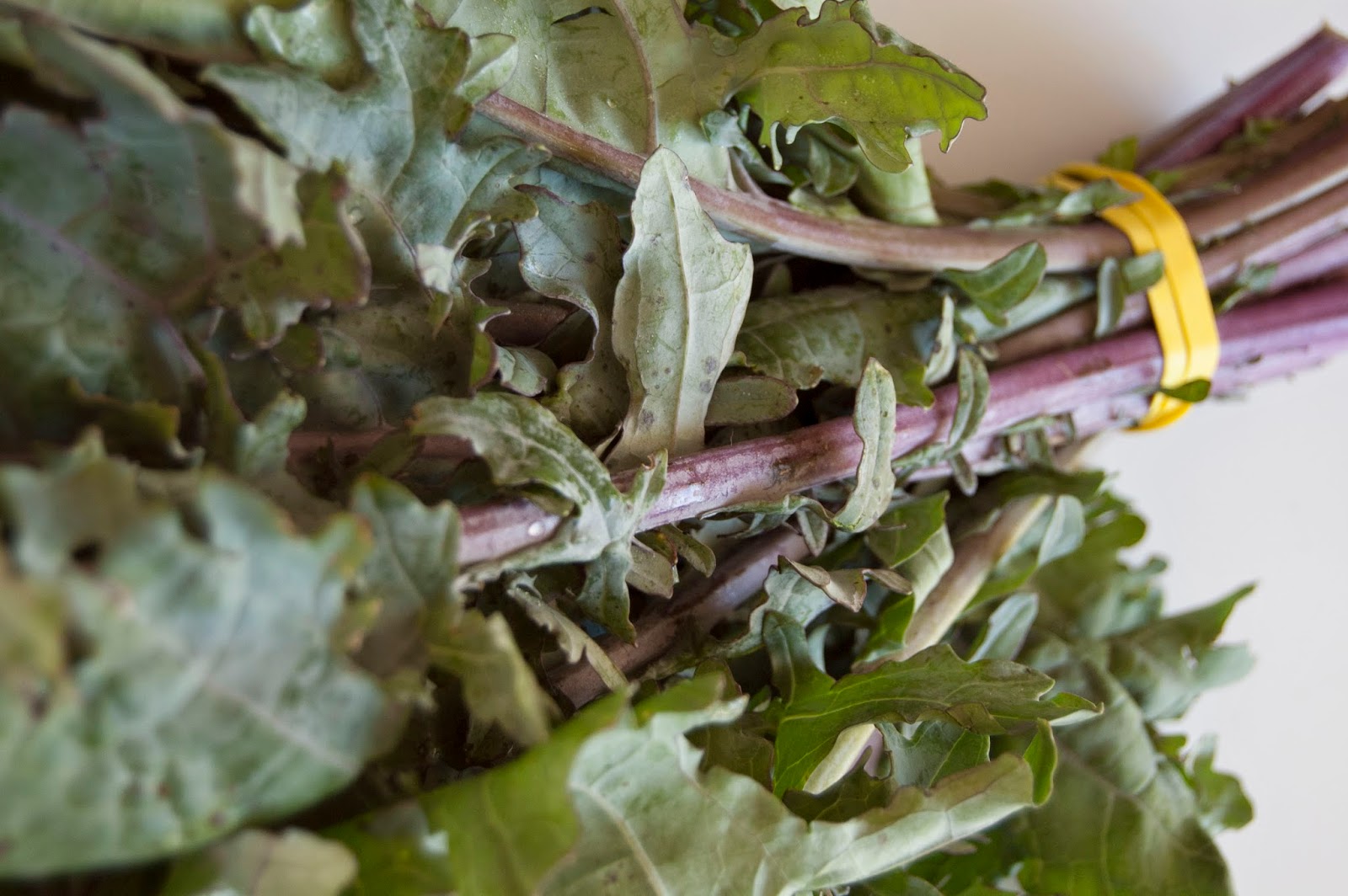 This past week, when I read through the list of produce I'd be getting from Backyard Produce I saw that I'd be getting a bunch of Russian Red Kale. The first thing I thought I'd do was make some Kale Chips! Yum! Have you had them? If you haven't you should give it a go! 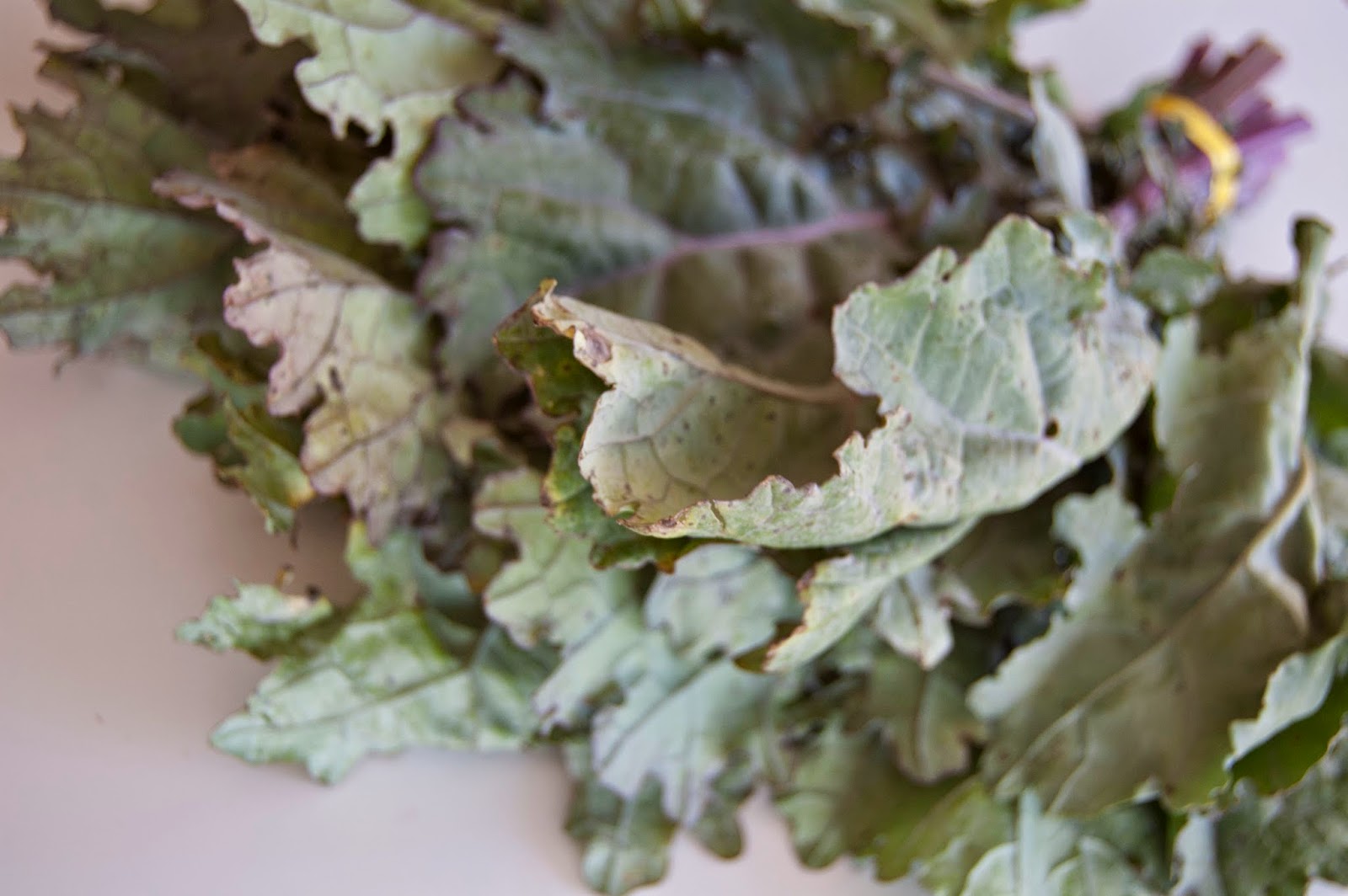 When my produce arrived I happily opened it up and took a look at my Kale and thought maybe they had made a mistake, or replaced the Kale with something else. But, that wasn't the case! Russian Red Kale is more like a Collard than the curly Kale that I am used to.The leaves are very thick and leathery, and the stalks are this beautiful purpley-red. 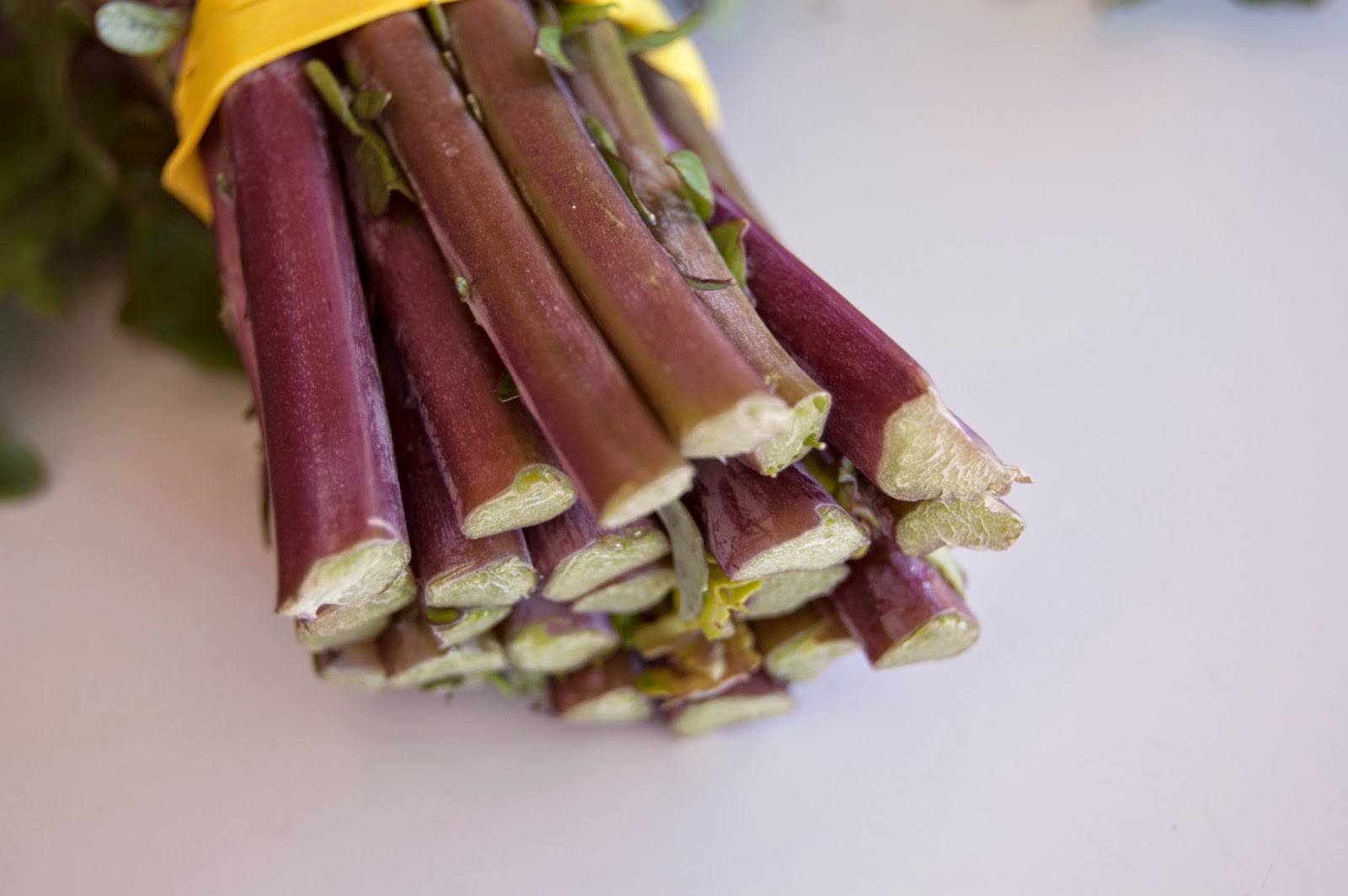 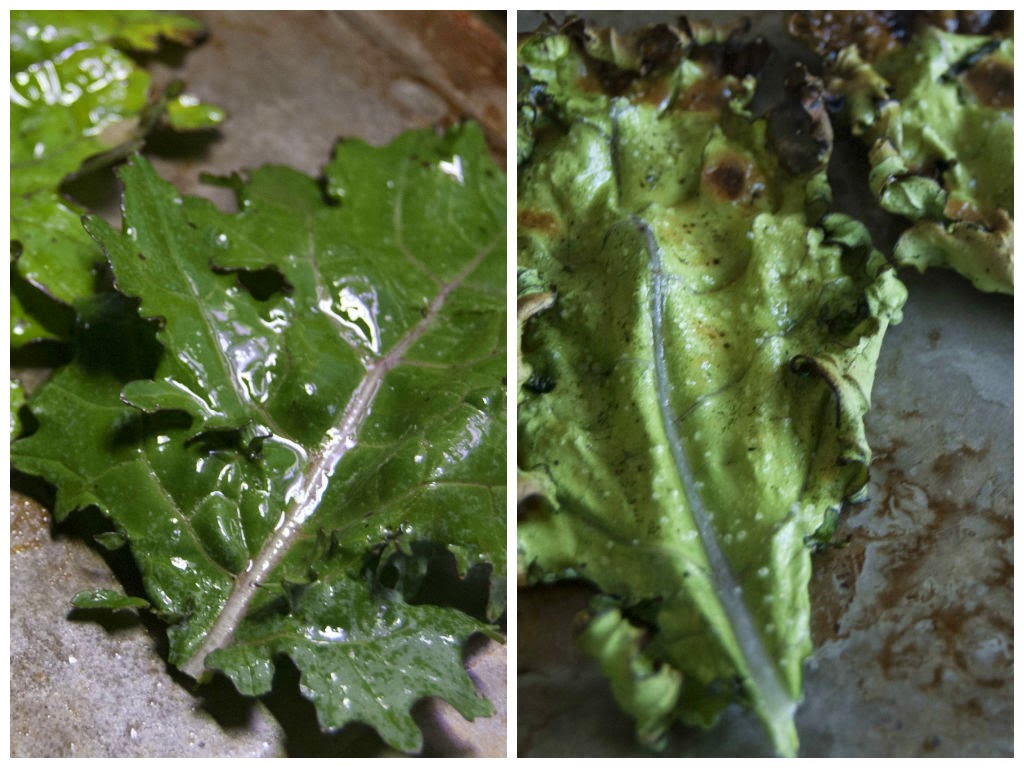 I was excited to jump in and try something new. So, first lets start with my epic fail! Yes, I failed.. Red Russian Kale is not compatible with making chips. Because it's so thick, and the stalks are so tough, the Kale went from raw to shriveled and burnt edges in no time at all!
My suggestion-- Don't make Kale chips with Red Russian Kale. However, I do have something that turned my Kale-Fail back to success. I learned it needed a low and slow cook, and so that is where I started. Lets put the Kale chips idea aside and try something different instead. How about Quiche?

I gave my Kale a good chop and tossed in some garlic. Sauteed, low and slow, the flavors developed and it smelled delicious! 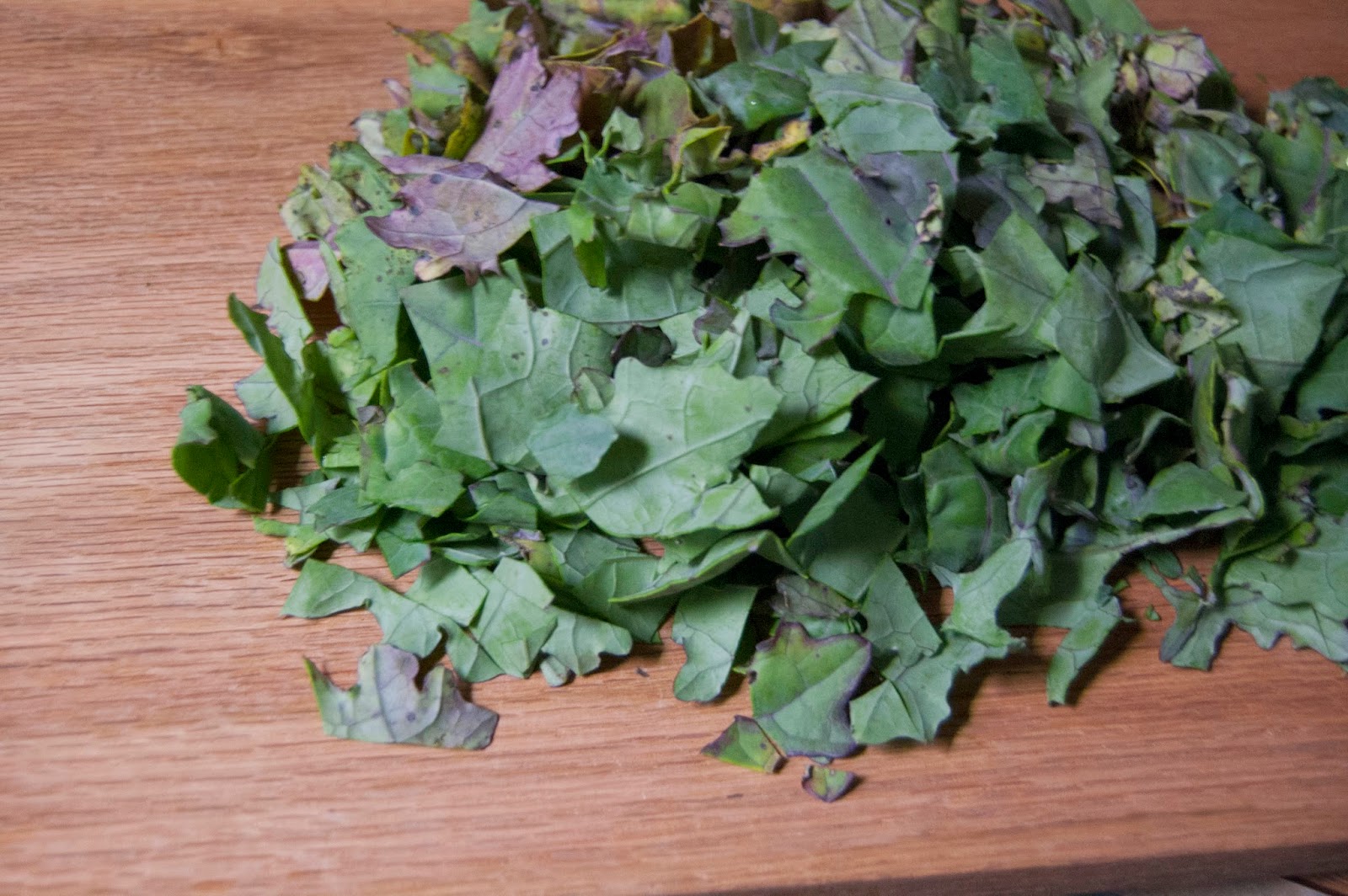 My opinion is that if you add garlic to just about anything, it's good. Garlic enhances flavors. Throw in some Pancetta (or ham), and some caramalized onions, and you just have something delectable. 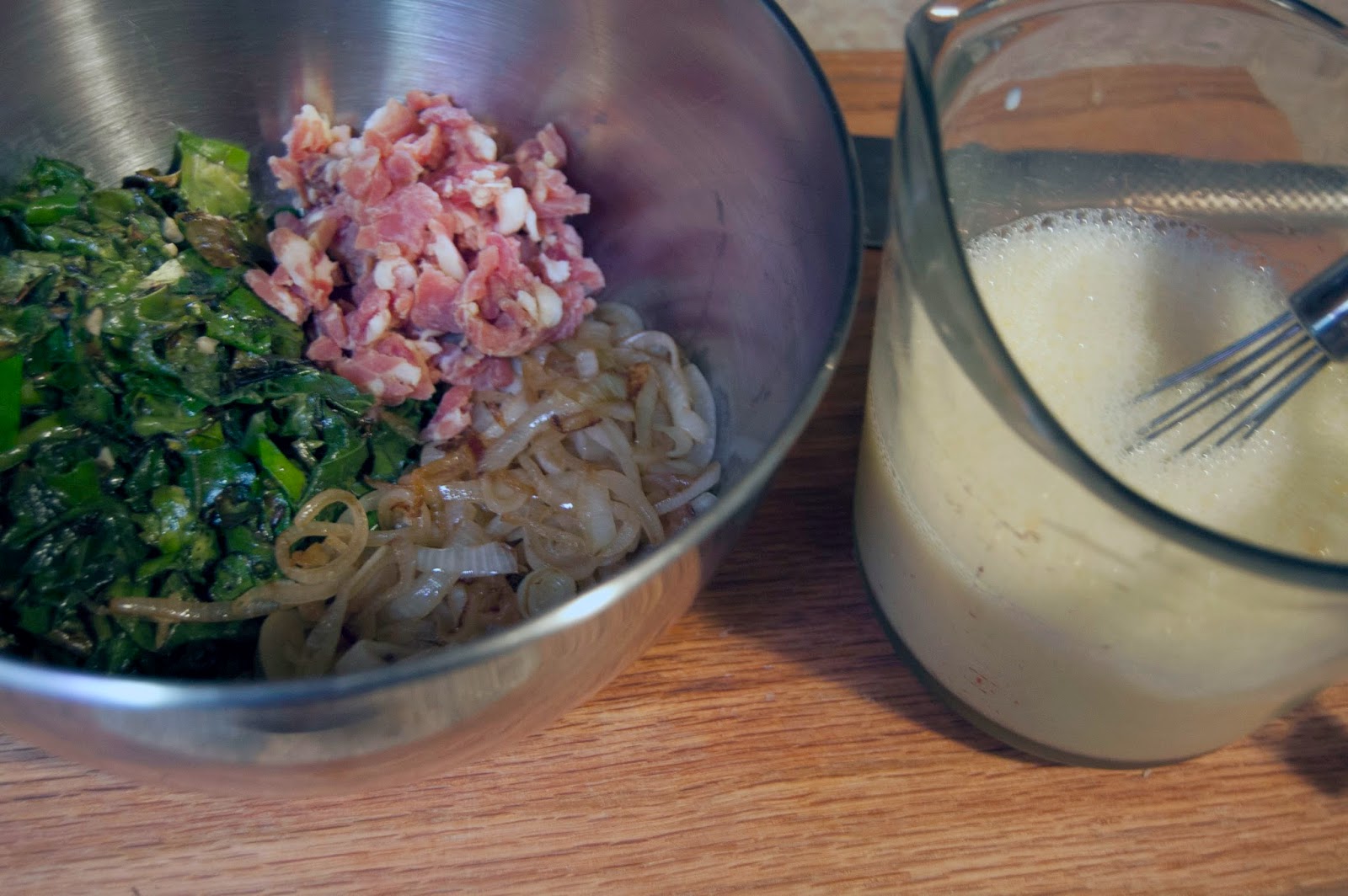 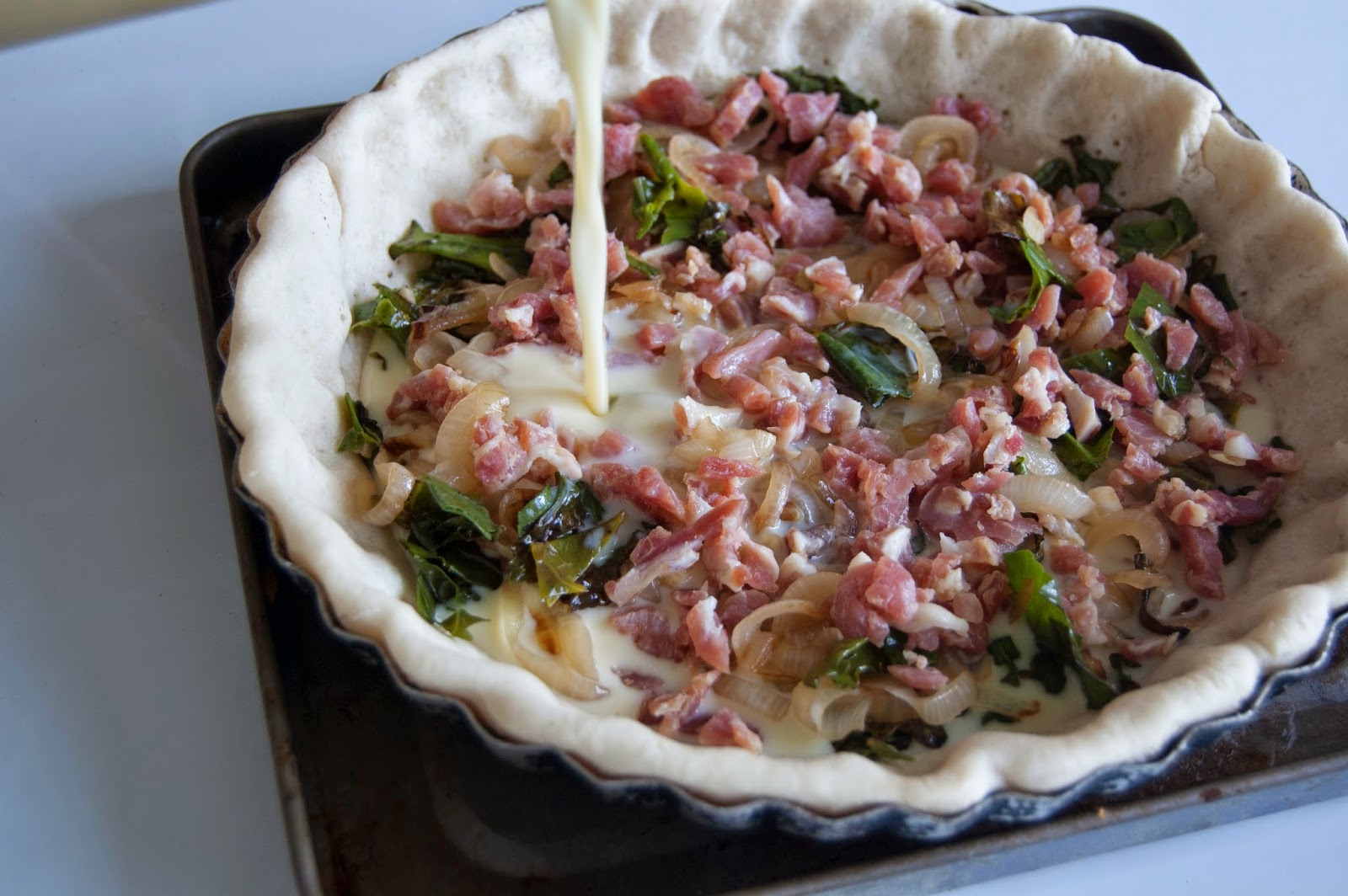 And cheese. You have to have cheese. 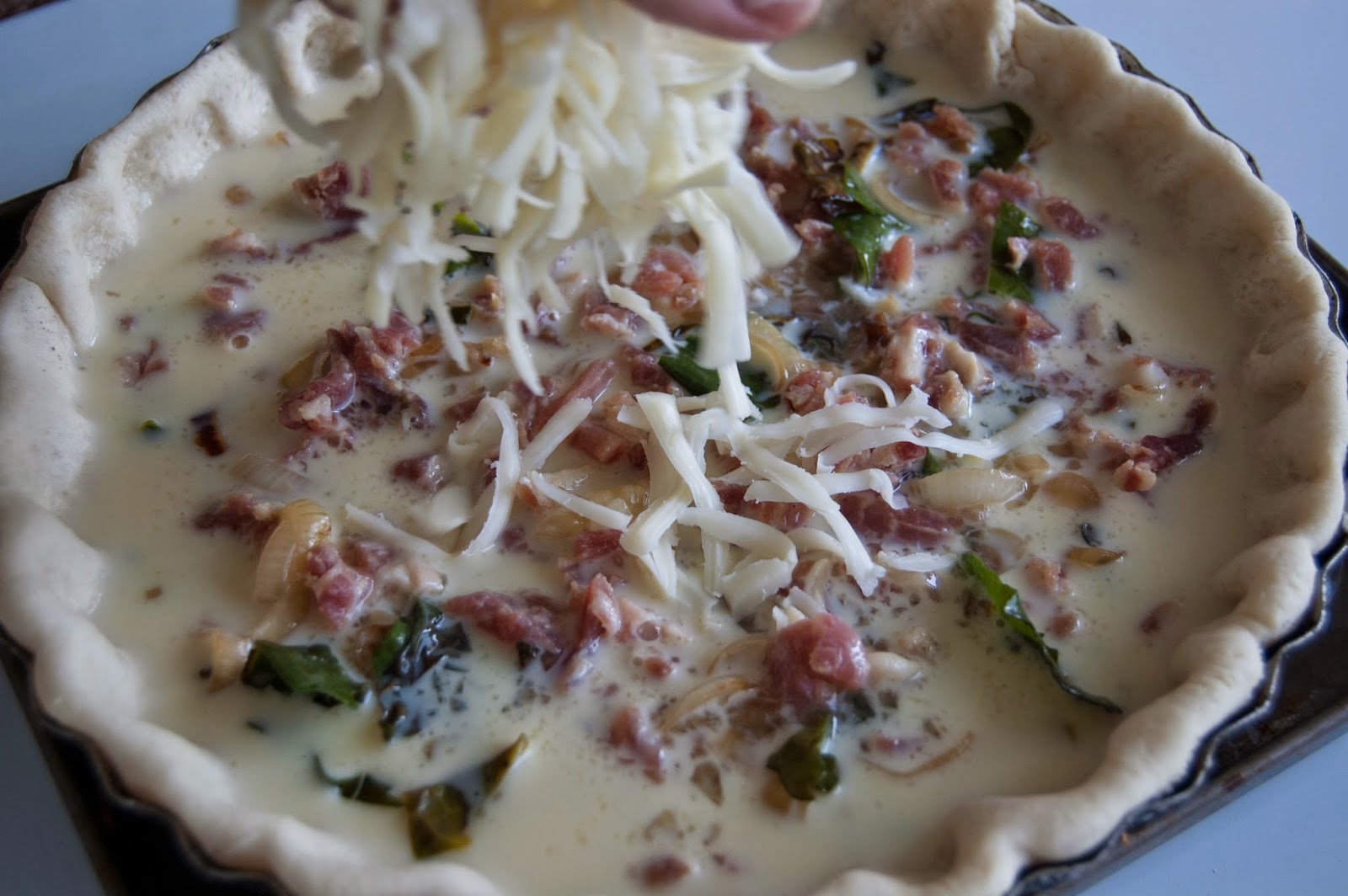 My kids were a little disappointed that they wouldn't get Kale chips, but they loved this quiche. In fact, that's what we brunched on this morning. Plates were cleaned! 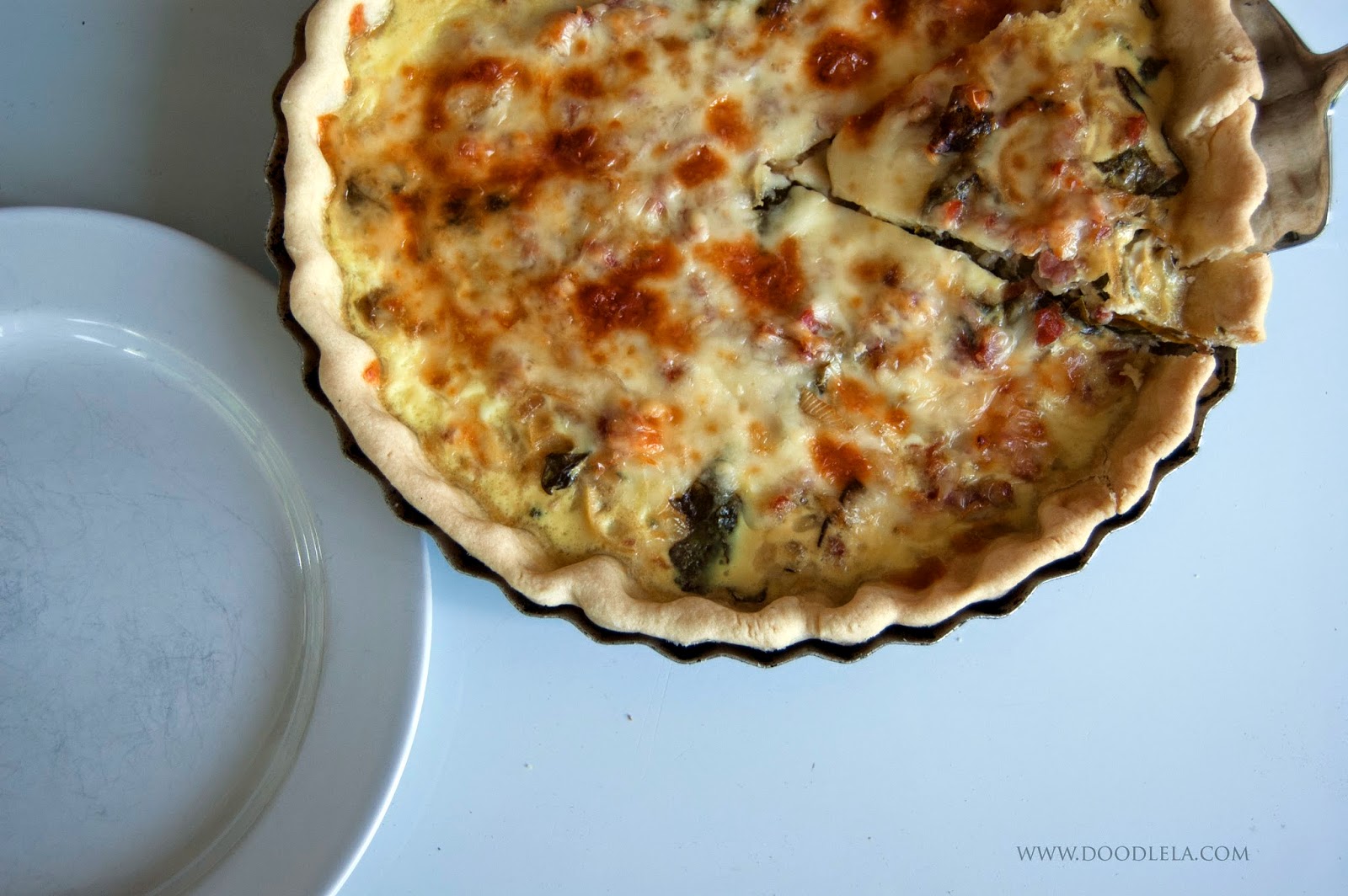 Here is the recipe.

For the crust I used this recipe from The Pioneer Woman.

For the filling you need

Pre heat your oven to 350 degrees.

Prepare your crust according to the instructions on Pioneer Woman's website. I also par-baked my 9 inch crust just until it was firm, but not golden yet at 350 degrees. Set it aside while you prep your filling.

Saute in a skillet with a tablespoon of Olive Oil the Kale and garlic. Cook it until it is limp. If you need to add a tablespoon of water to your skillet and cover with a lid for a few minutes. Set the Kale aside so that you can caramelize your onion in a little oil. This will take a few minutes to get a nice golden color. Once they are done set them aside. To prepare the custard simply whisk your eggs with your milk.

In your prepped crust, layer the Kale, Onion and Pancetta/Ham. Slowly pour in your custard, and top it with you cheese. Place the pie on a sheet pan and put it in the oven for 40 minutes, or until a skewer comes out clean. It will puff slightly in the middle when it's done.

Enjoy it warm, or at room temp. Will keep for two days in the fridge. (If you don't eat it all at once!)

Let me know if you give this recipe a try and how you liked it!