It's infectious, not "contagious"! 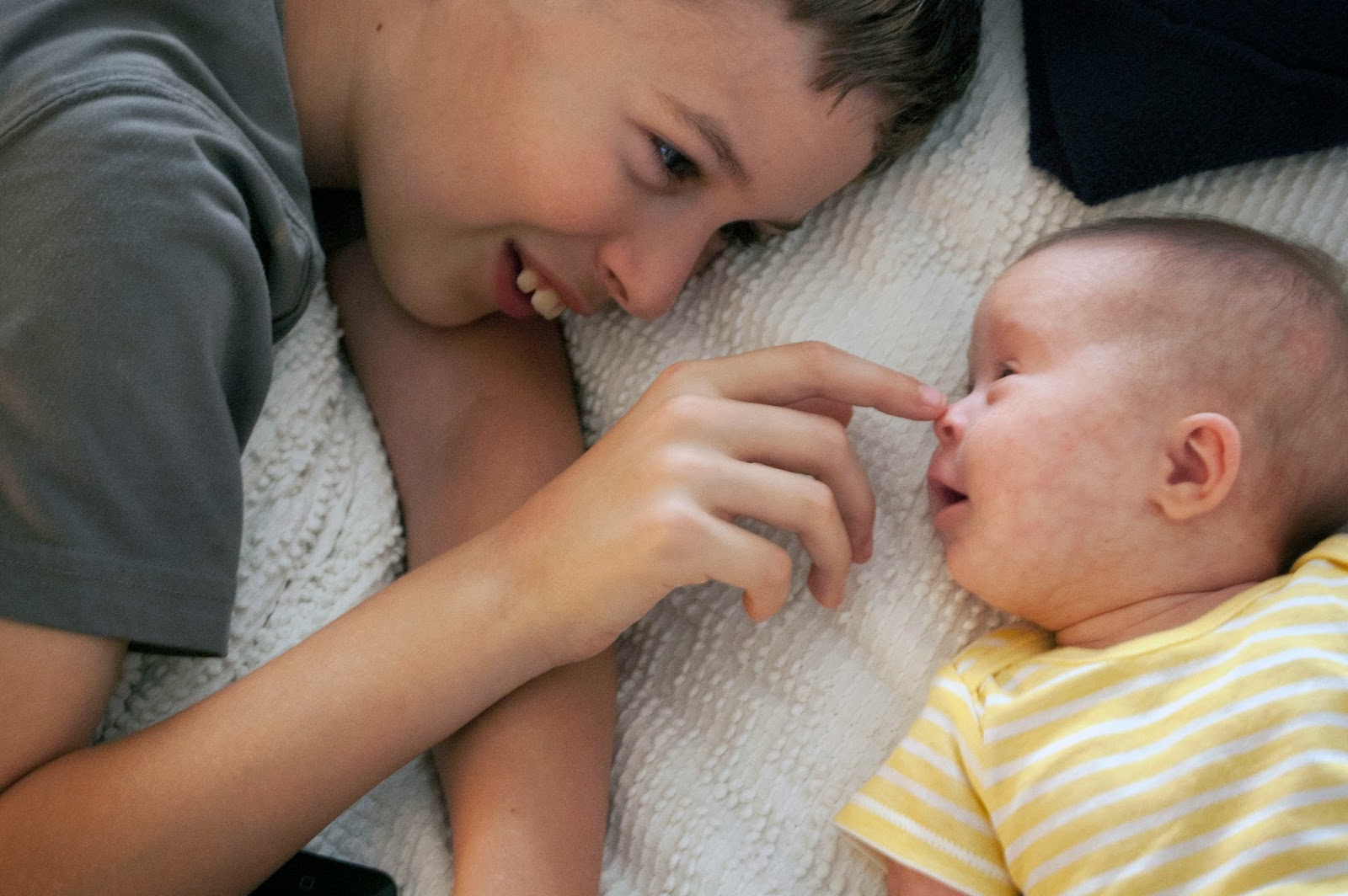 At the store this afternoon I carried baby Lisette instead of leaving her in her carseat. She's really not too fond of being in there if she's awake. We refer to it jokingly as the "Chair of Doom", the kids and I. She much prefers to be carried in my arms, or worn in a sling or the Moby. Today I forgot both my carriers, so I just carried her in my arms. She loves to lay against my shoulder and look around at everyone and everything that is going on. My oldest two ran off toward the toys, promising to stay together, and I went to the produce to get what I needed.

There were lots of people, and among them a family with two little girls close to 6 and 8 years old. The older girl moved around to see Lisette's face from afar and I heard her say, "Oh look at the tiny baby! Oh look at her eyes, they are so beautiful! Daddy, look at the baby! Aren't her eyes beautiful?" I kept to my shopping and listened as I picked out a package of mushrooms. What I heard next shocked me. I heard the man say, "Oh...yeah...she's sick." I was taken aback, slightly offended and annoyed at his comment. But I didn't respond to his comment. Rather I turned to the little girl who still stood not to far away and smiled at her. I told her she isn't sick. She has an extra chromosome that makes her eyes look special. I told her that I thought she had beautiful eyes, too. What I really wanted to say to her dad was something else entirely, though. I'm only human. Sigh. The first thing that came to mind wasn't so nice. The second thing that came to mind was to tell him not to worry, "It's not contagious" rather sarcastically.

And then I just felt sad that he had this misconception about Down Syndrome. It's not a sickness. It's just an extra chromosome. No doubt, some with Down Syndrome have heart defects or other issues that they may be predisposed to, but it's not a sickness in and of itself. It's not contagious. But, it is infectious! They infect you with their sweetness, and their special way of helping you see things differently. We're all quite taken with this special girl. If you got to know her, you would be too! 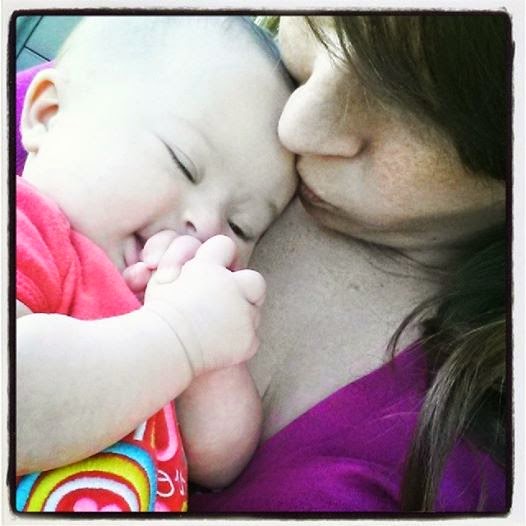 There is so much I am learning about myself through my children, and part of that is that I need to let go of my own preconceptions of people. Perhaps their first reactions to differences are because they don't know any better. When we know better we do better, right? I try not to snap at people or be rude or sarcastic when they do or say hurtful things, but try to educate them instead. It sure can be hard some days, though! It's ok, though. I might mess up here and there along the way, but for the most part...I think I'm getting this parenting thing down ok. Way up there on my list of things I want to give my children a good example of is how to treat others-- with dignity despite anything that may come at you from the other person. It's a process! And I seem to be getting a lot of practice!