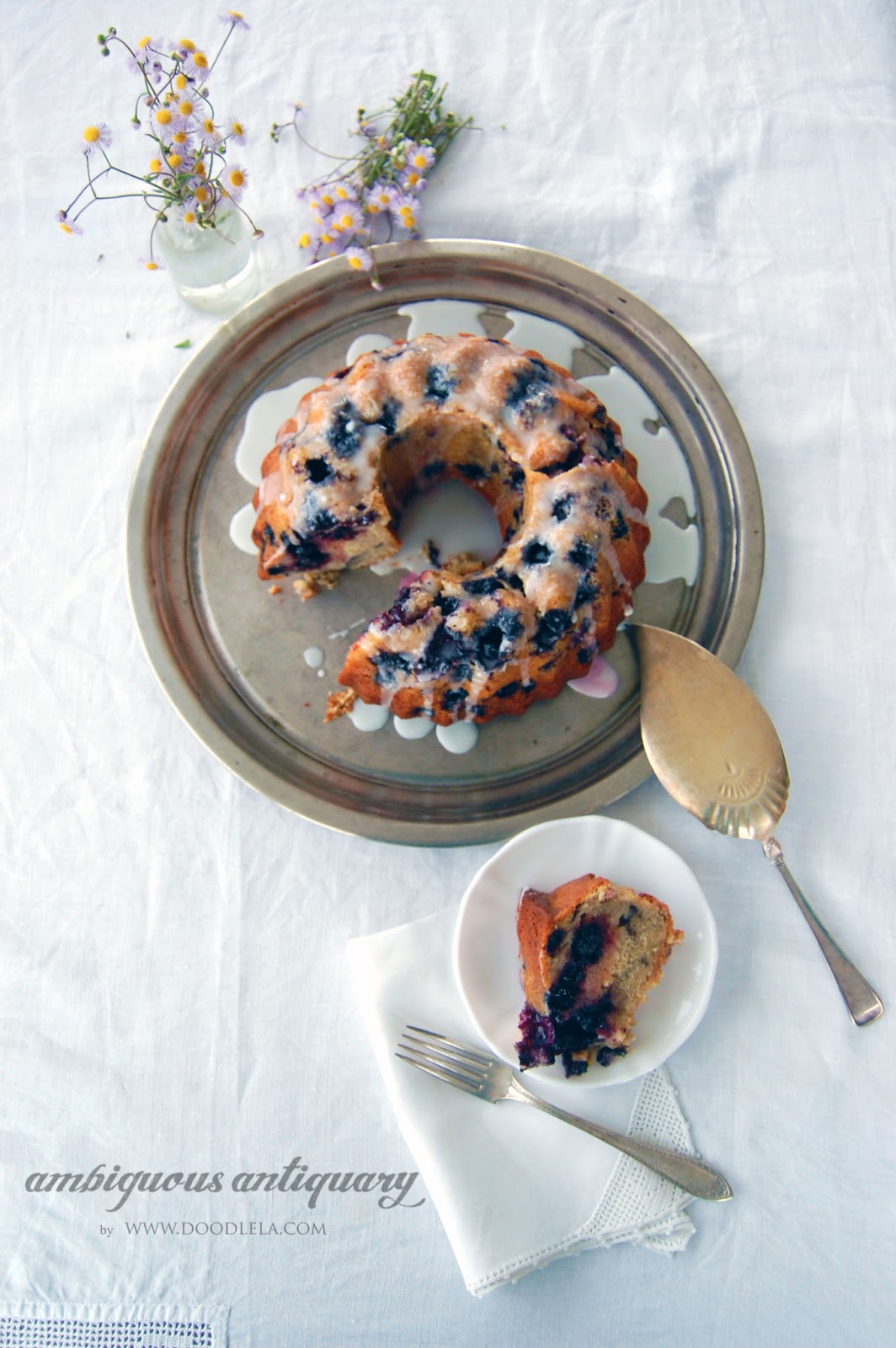 My new bundt pan was calling to me, and so were the blueberries that I had frozen from my produce box from Backyard Produce. A trick I learned was to never wash your berries if you are going to freeze them so that they don't get frosty in the freezer. Also, if you freeze them on a pan first and then transfer them to a ziplock baggy, they won't turn into one big lump. 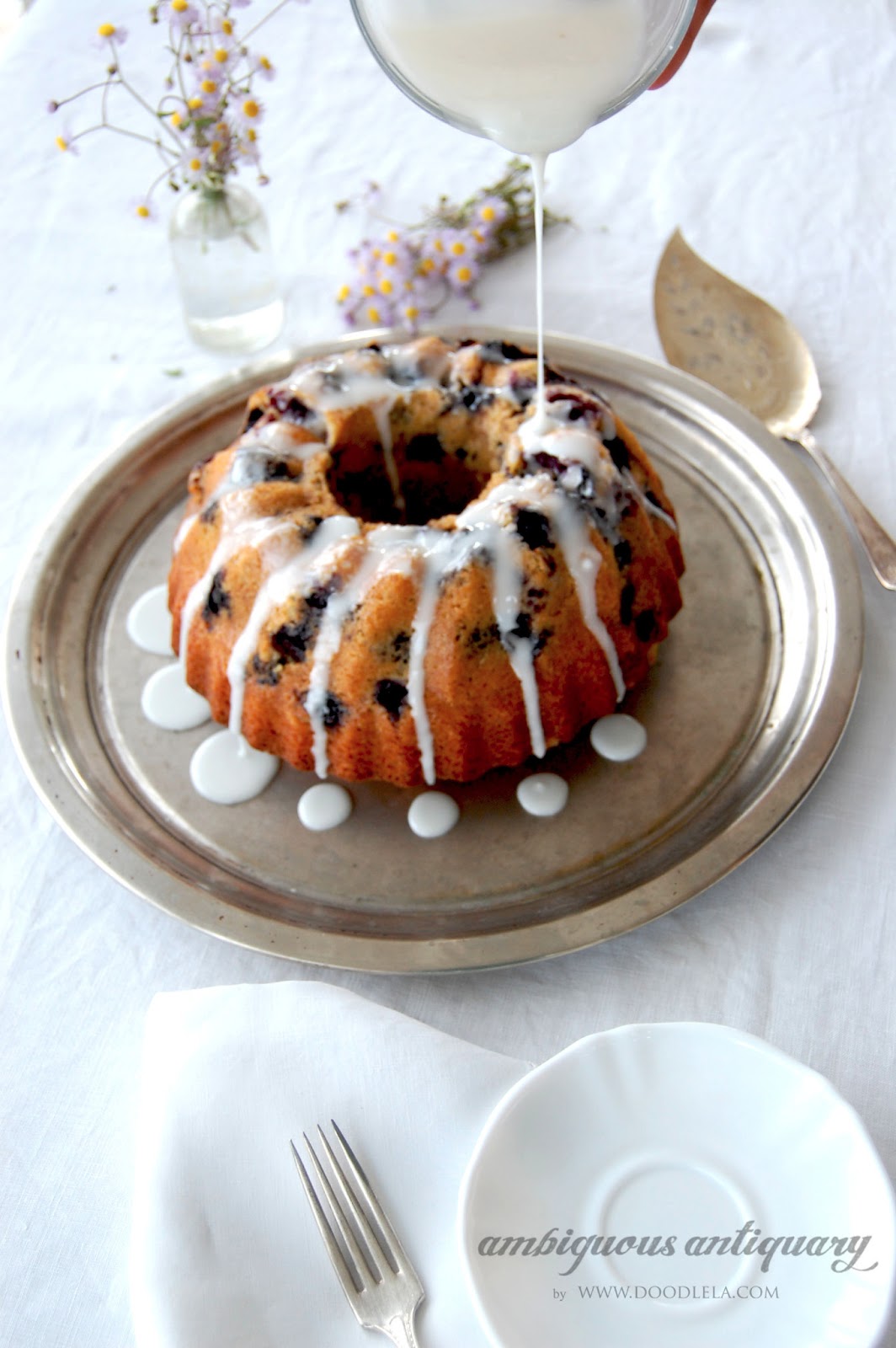 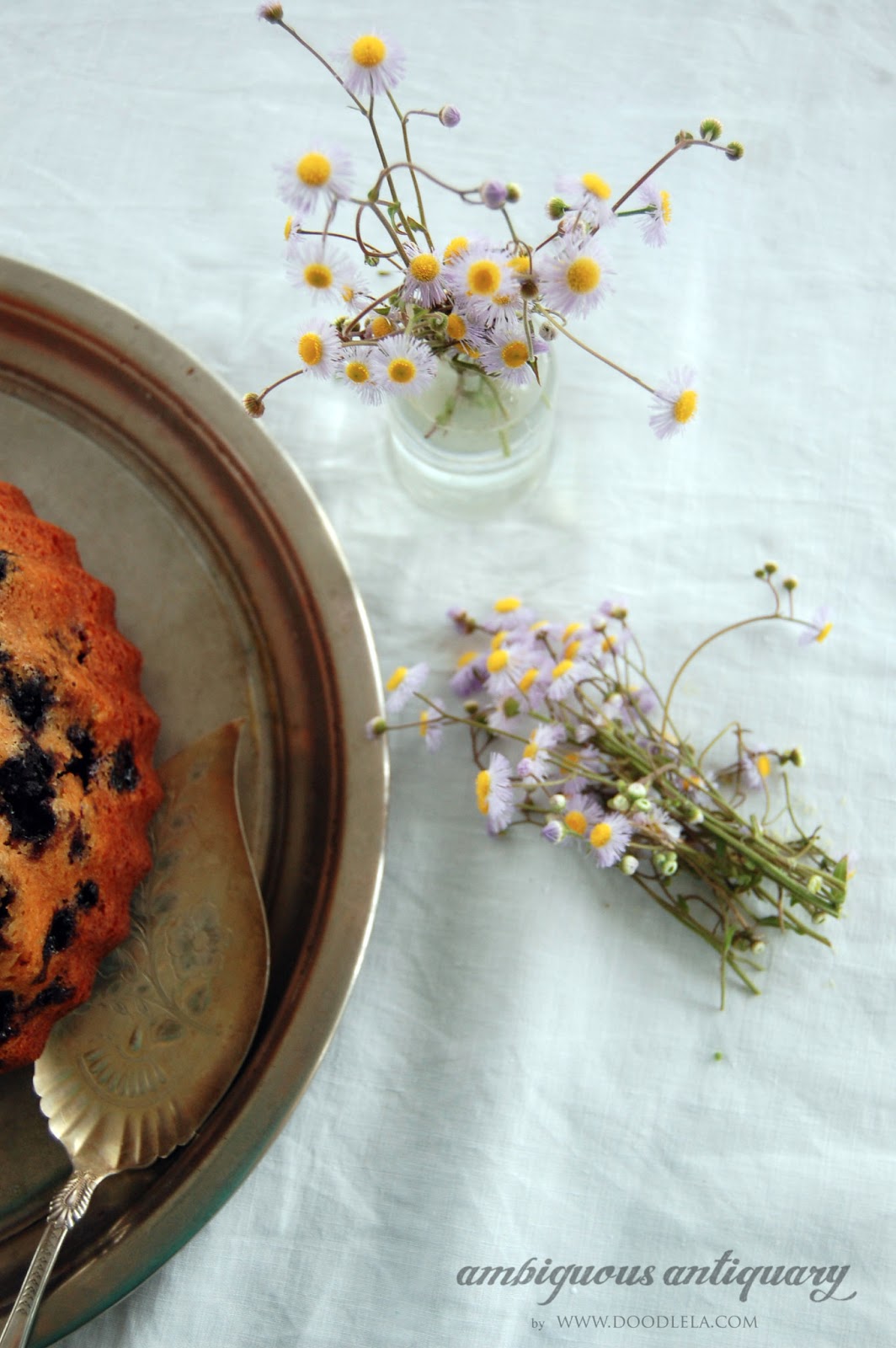 This recipe is from Martha Stewarts website. It's the Blueberry-Lemon Bundt Cake. I love anything with lemon in it. Her recipe calls only for the zest in the cake, and a dusting of powder sugar when it's done. Once I zest a lemon, though, I like to use the juice as well. When I finished removing the zest, the rest of the lemon I juiced and added about 2 cups of powdered sugar to make the icing. I also replaced the sour cream that is called for in the cake recipe with vanilla yogurt, and omitted the vanilla that is called for. I love the taste of yogurt in cakes. It's my go-to whenever I don't have sour cream on hand.

My three year old was trying to help make the frosting, but more was ending up in his mouth than anything so I sent him outside to collect some flowers and check on our chickens so I could finish it up. He did pick me a lovely bouquet, don't you think? Who could say no to sweet little hands full of purple daisies?

I traded him the bouquet for the first slice of cake. 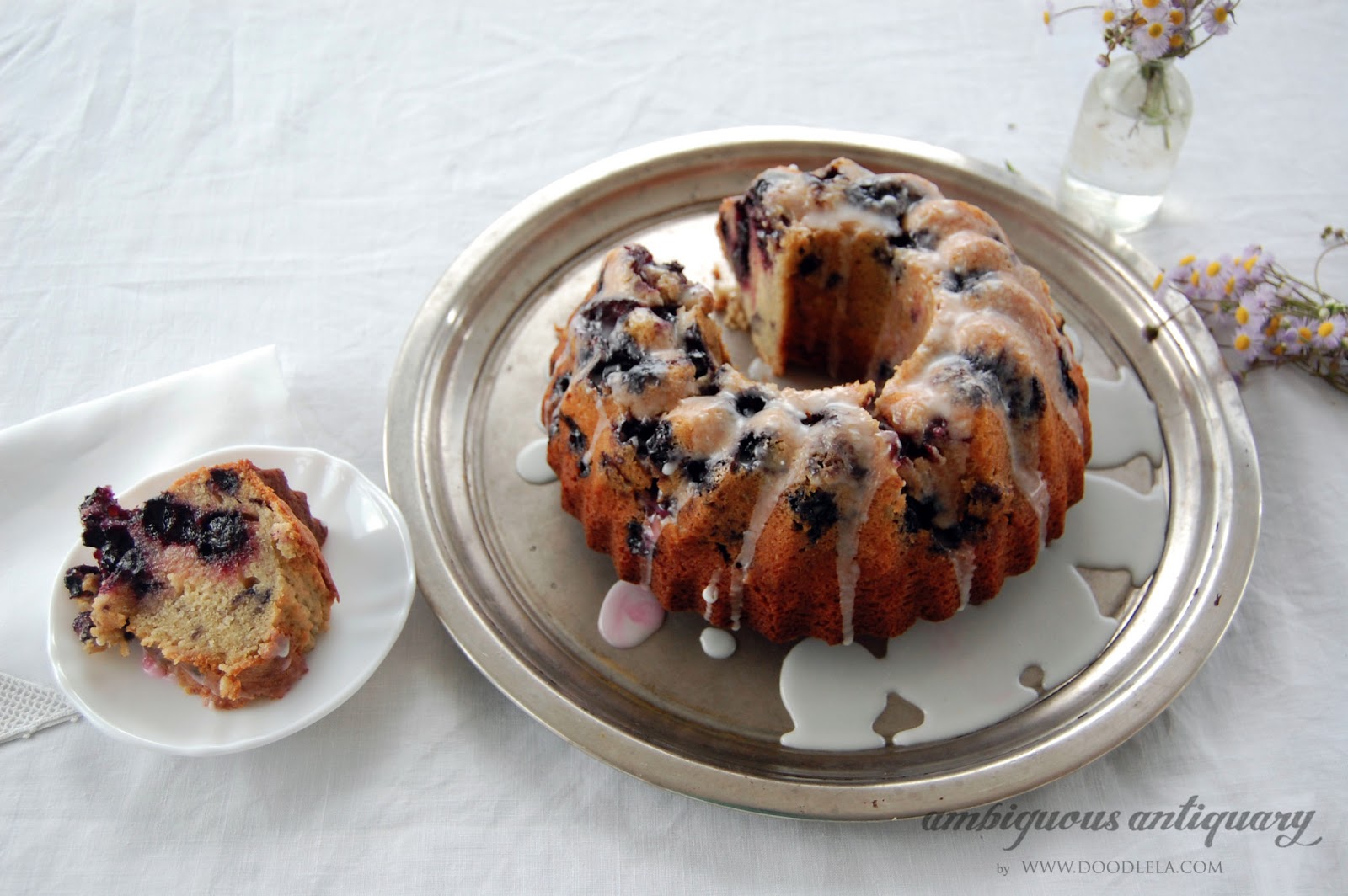 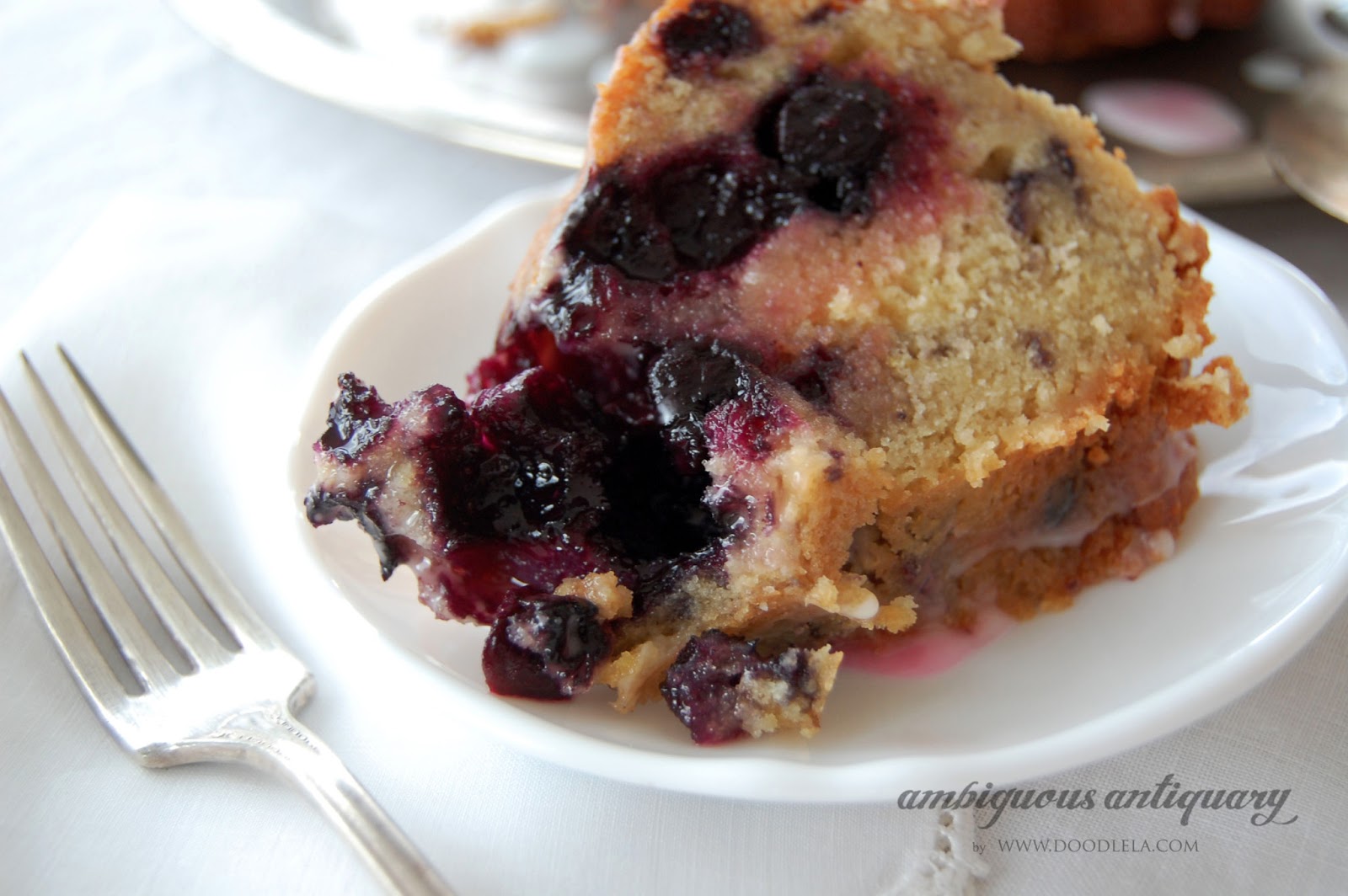 The cake was really moist, and the frosting added just the right tartness to finish it. Give it a go, and let me know how you like it!

I linked up to