Truer words were never written. The trick is to breath amidst the insanity!
When I'm feeling more than slightly insane, I bake.
It's like balm for my tired bones.
The trick is to get the baking right, though. I know, even that might make me insane. Among children, so-and-so's cookie will always be bigger or have more sprinkles, or look prettier. I weigh and measure portions, then all's fair in love and cookies. 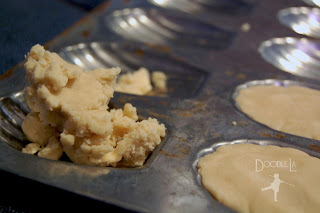 Today I mashed shortbread dough into my Madeline tins, while my three year old threw the last of my flour all over the floor. Sigh. I swallowed my frustration and told him to draw in it instead of trying to clean it up, which was only making a bigger mess.

The great thing about shortbread, (I prefer Scottish Shortbread), is that rarely does it stick to anything. Even if it does, that just gives you an excuse to let your little one eat the crumbs while they're still warm. If you cook them until they are golden brown they pop right out and have a crispy crumb. I love them that way. I planned to frost them with lemon icing, alas I was out of powdered sugar. And almost everything else. My cupboards are nearly empty now. I dread grocery shopping. PB&J, anyone? I'm not sure that counts as healthy for three meals a day. 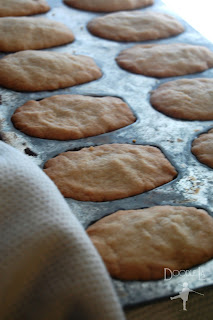 Place a rack over them and flip it. Give it a good tap if they stick a little. 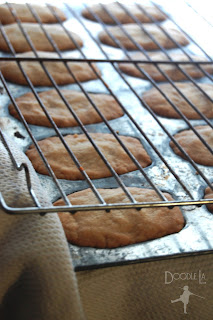 There's always that one that likes to cling on. 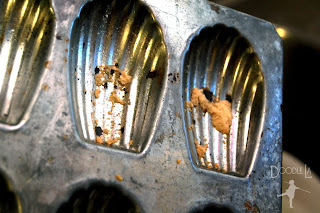 Rarely do I wash my cookie tins. I just give them a little wipe with a paper towel. That usually does the job well enough. Unless I bake something like brownies that tend to stick more often than not.

If you can resist, let them cool and then you can dip them in chocolate or some sweet icing. 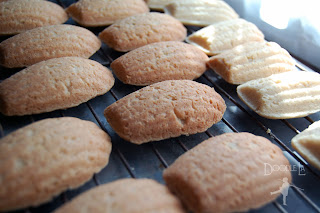 My littlest usually finds a way to snatch one up before they're cool. Like sticking his nose right on one. I had mine with my afternoon coffee, while I browsed through some pictures of my husband at work. 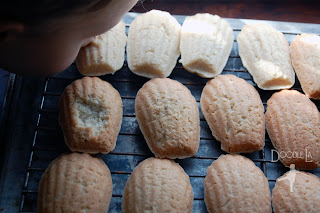 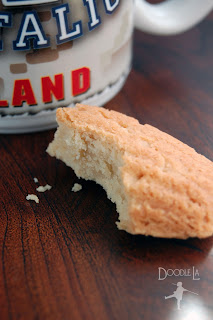 My husband had Initial Drill for the first time yesterday, and a friend was kind enough to scope him out for me. That's him, looking in our direction. If I ever need some recon done, I know who to call up now. She took over 80 pictures of him doing drill with his platoon. Totally made my day. 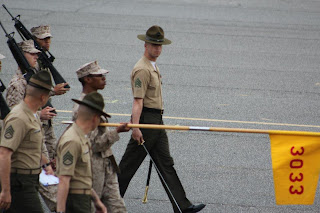 We're going down to visit for Easter and his birthday. I can hardly wait.
If I can just pretend to keep my sanity till then... :)