“It’s never too late to be what you might have been.” — George Eliot 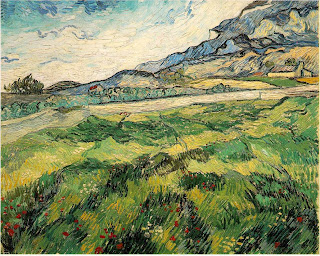 Isn't it comforting for us to know that it's only too late if we tell ourselves it's too late?

I recall through my school years being told that being an artist was on par financially with becoming a doctor. How discouraging! I knew for sure that I'd never be a doctor, but to say being an artist would be that hard too....just stabs at you. Being an artist is something that I think a lot of people are just born as. They may do something else, but they are an artist. It's in their being to create. No matter what else they are doing, they are always thinking of how they can create something else magical. I bet it's a lot like being a poet, or a writer, or any other number of creative types where something else just flows out of you. Even, perhaps, when you don't physically produce something.

Ideas come. I have a note-book full of ideas. What will come of them...I may never know. But there they are, and they keep on coming. It's not too late to start.